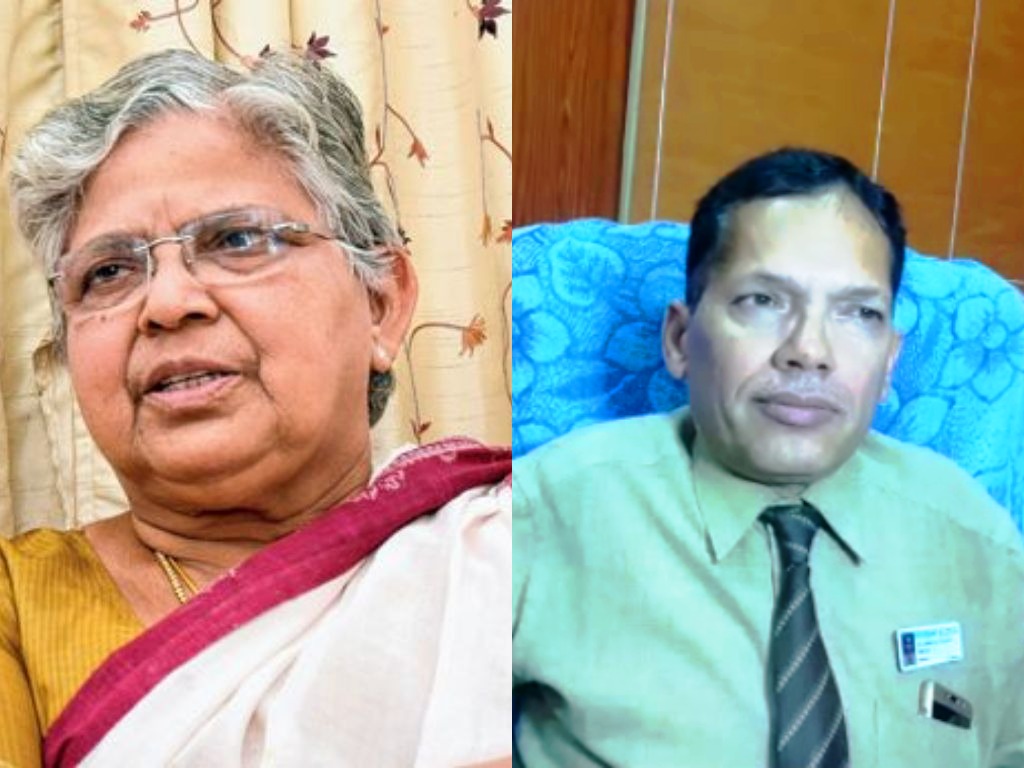 Bhubaneswar:  As the political scene in Odisha is hotting up with each passing day, an unusual electoral battle is set to unfold in Sambalpur Assembly constituency in the forthcoming elections. A pupil is set to take on his teacher in the Assembly seat, probably the first-of-its-kind in the State.

Congress’ nominee Ashwini Pujahari, the controversial former Director of Veer Surendra Sai Institute of Medical Sciences and Research (VIMSAR) is pitted against his former teacher Raseswari Panigrahi, the BJD candidate from the Assembly constituency. Both were well-known doctors and have made a mark in their respective careers before becoming politicians.

Though Raseswari Panigrahi is a sitting MLA, Ashwini Pujahari, a newbie, who has earned quite a name and shot to instant limelight for his out-of-the box tricks to enforce discipline on ‘unruly’ doctors and salt and tabla therapies on patients during his short tenure with the premier medical college.

Panigrahi was the Junior Teacher of Pujahari when the latter was a student of MBBS (1975-80) at VIMSAR, formerly known as V.S.S. Medical College and Hospital.

Pujahari had resigned from his post in February alleging the local MLA’s interference in his job and humiliation by the unresponsive attitude of the Odisha government and, since then, he has decided to fight against the system to arrest corruption in medical colleges in the State.

A few days later, a politician in him was born as Pujahari formally joined the Congress party in Bhubaneswar on March 24. With this, it seemed like, the Congress had got an MLA candidate while the doctor has got a chance to try his luck to become a public representative.

Speaking exclusively to Odisha Sun Times, Pujahari, an MBBS topper and winner of four gold medals, said “the circumstances forced him to become a politician and to contest the polls”.

When asked what made him to join the Congress, the 64-year-old said: “The Congress people came to my home with the offer and I accepted it after having a discussion with my family members.”

The doctor-turned-politician had a desire to become a Member of Parliament but finally settled to contest the polls as an MLA candidate. “I wanted to raise my state’s issues in the Parliament but later thought to take up the issues of my locality in the Assembly,” said Pujahari. “If I will be an MLA then I can find more time to spend with the people of my constituency as I have to stay in Odisha only”.

When asked whether he is nervous in contesting against his former teacher, who is a sitting MLA of the ruling party, the doctor-turned-politician said: “No, people in Sambalpur asked me to fight against the BJD.”

People will support and vote a person who is good, honest and trustworthy irrespective of the party symbol, he said, adding “only money can’t buy votes in these days.”

Pujahari, who retired as Head of Surgical Gastroenterology at Armed Forces Medical College, Pune in 2014, wanted to bring “revolution in medical administration” if people will vote him to power.

The doctor-turned-politician, who has high regards for his former teacher and mentor and now his opponent, recalls his memories during his MBBS days. “She (Raseswari Panigrahi) was a very good teacher and used to take our clinical classes.”

Interestingly, Panigrahi had called Pujahari to come back to Odisha and to work on how to make VIMSAR a better medical college and hospital.

“When I was working for a private medical in Bangalore after my retirement in 2016, I got a call from Raseswari Madam to return back to Odisha and work for VIMSAR,” recalled the Congress MLA nominee.

When asked whether he has met his teacher post his joining politics, Pujahari said, “No. But I will certainly meet her before the election.”

Panigrahi, like any other teachers in the world, wished best wishes for her former student in his new pursuit.

Sharing her memories during her teaching days, especially about Pujahari, the BJD MLA said “He (Ashwini Pujahari) was a brilliant student and was the topper of of his MBBS batch.”

“He was an extremely obedient student,” she recalls.

Panigrahi, however, said she is disappointed now as her former student had failed to deliver for when she needs it the most. “I wanted to see a better and improved VIMSAR under his leadership but that didn’t happen. May be I was wrong.”

Asked what was her first reaction when she got to know that her former student will fight the election against her, Panigrahi said: “Everyone has the right to contest the election.”

“I wish Ashwini all the very best,” the 72-year-old MLA signed off.

Congress MLA Mohammed Moquim votes for Murmu against his…