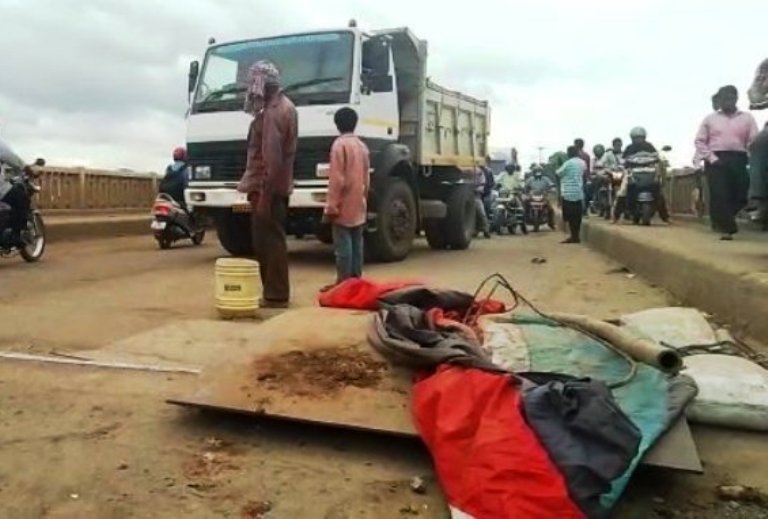 Rourkela: Commuters crossing over the Brahmani bridge here were panicked a lot after a portion of the flyover fell off this morning.

Vehicular movement came to a grinding halt as hundreds of vehicles remained stranded for hours on both sides of the bridge covering around 3 km on NH-143. However, a team of National Highway Authority of India (NHAI) rushed to the spot to take stock and later started the repair work. They later sealed the portion of the bridge with iron plates.

The mishap led to traffic jam on the bridge as commuters were reluctant to pass over the iron plate fearing accident. Later, one platoon of police force were deployed to control traffic in the area.

Worth mentioning, Union Minister of Transport and Roadways Nitin Gadkari had laid foundation stone for the second bridge over Brahmani river in 2017. However, construction work of the bridge is yet  to take off due to land acquisition issues.