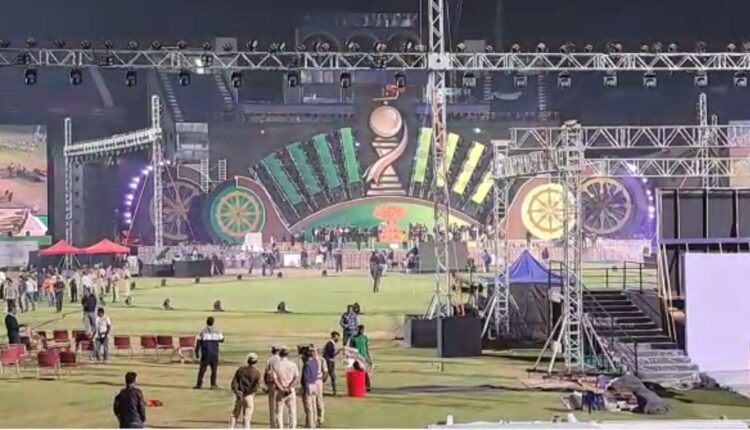 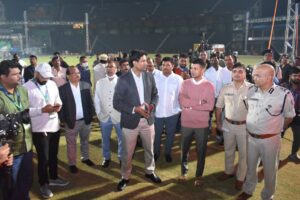 The 5T Secretary directed the officials concerned to expedite the work and make all arrangements for the January 11 mega event.

“The entire city has been decked up for the mega event. The roads have been widened, footpaths and walls have been painted and streets have been illuminated as part of the city beautification project. It is a proud moment for all of us,” Samal added.

The inaugural ceremony will begin at 3 pm on January 11 and come to an end at around 9.30 pm, said the CMC Commissioner.

“As many as 50 platoons of police force and at least 300 officials will be deployed in and around Barabati Stadium for smooth organization of the opening ceremony. The Commissionerate Police will hold a security rehearsal for the mega event tomorrow,” said the Police Commissioner.

Meanwhile, the CMC has started distribution of invitation cards to the inaugural ceremony of the men’s hockey world cup.

“The CMC has decided to distribute invitation cards among 2 lakh people in the city here. The invitees can watch the opening ceremony live on giant LED screens in all 59 wards of the city. This apart, as many as 16 hockey fan parks have been set up across the city for live streaming of the opening ceremony,” said an official.

Hindi film actors Ranveer Singh and Disha Patani are scheduled to perform on the opening ceremony. Besides, there will be live performances by K-Pop brand BLACKSWAN featuring Shreya Lenka of Odisha. This apart, many local artistes will also perform at the event.

Around 40,000 people including players and officials from 16 countries and dignitaries from across India are scheduled attend the opening ceremony, sources said.