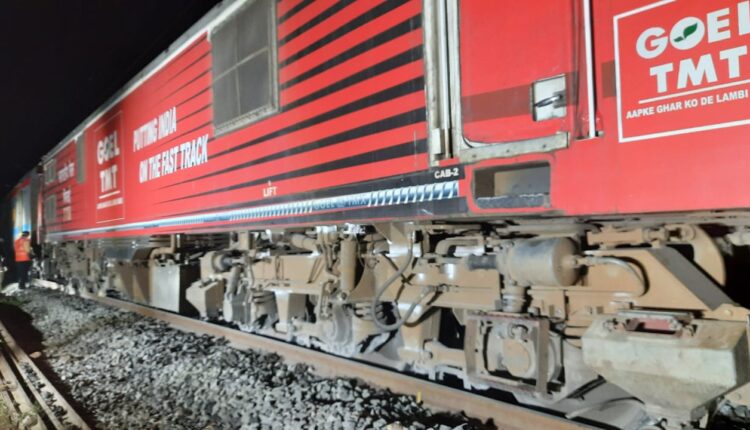 Sambalpur: Puri-Surat Express train derailed after hitting a tusker between Hatibari and Maneswar railway stations in Odisha’s Sambalpur district at 2.04 am last night while the elephant died on the spot.

According to official sources, all wheels of engine front trolley derailed due to the collision. The pachyderm got entangled with the engine. All the passengers and loco pilots are reportedly safe.

The train had departed from Hatibari at 1.55 am with a speed of 50 kmph as elephant caution was imposed in the route.

A relief train reached the spot after the mishap for restoration work. DRM, Sambalpur and other senior officials were present at the spot to supervise the operation.

Later, all coaches of the train were pulled backed to Hatibari station with a new engine. The train resumed its journey this morning.

On the other hand, Forest Department officials also reached the spot and initiated an investigation.

DRM, Sambalpur informed that a 5-member team has been formed to investigate the incident and submit a report.