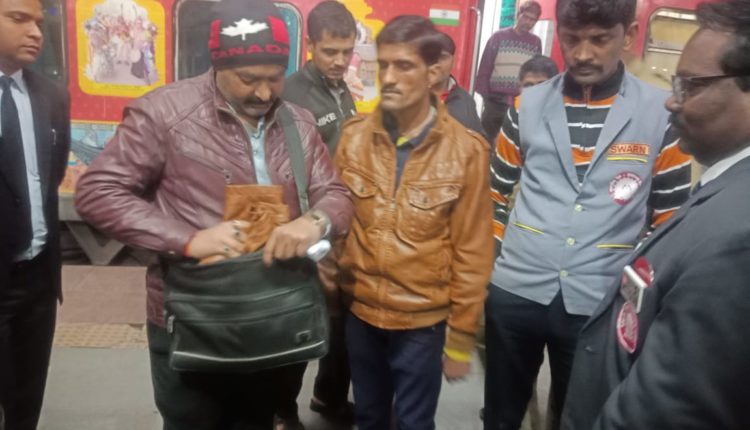 Bhubaneswar: Going beyond the call of duty, a Chief Ticket Inspector (CTI) of Railways posted in Bhubaneswar returned a passenger Rs 92,000 which he had left behind in Rajdhani Express.

According to Railways sources, CTI S. K. Behera found a jacket containing Rs 92,000 belonging to one Vinay Jaiswal in A-1 coach of the train. Fortunately, the passenger had given a customer feedback in which he had mentioned his contact number.

Behera telephoned the passenger and informed the latter about his lost jacket and the cash inside it. Later, Behera handed over the amount to the relatives of the passenger at Kanpur Railway Station in Uttar Pradesh.

His act has garnered accolades from various quarters.