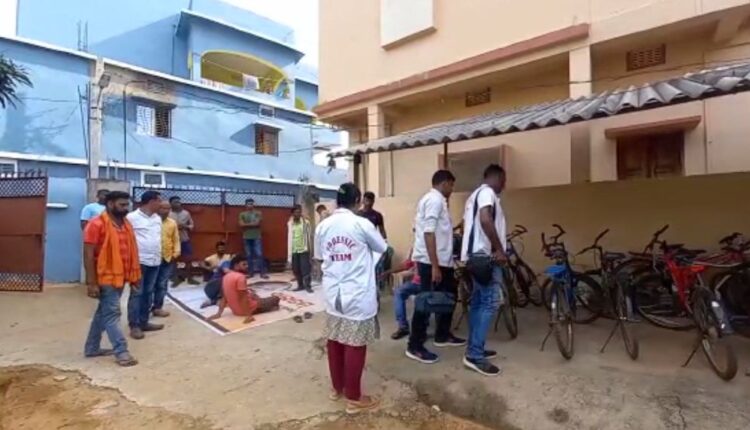 Balangir: A Plus III Commerce Second Year student of Rajendra University was found hanging in his rented accommodation at Shantapada here yesterday night.

The deceased has been identified as Ramanikanta Kheti of Ulunda village in Sonepur district.

A few of Ramanikanta’s friends, who are staying nearby, found him hanging inside his rented room yesterday night and informed police about the incident, sources said.

The police today recovered Ramanikanta’s body in the presence of his family members and sent it for postmortem. A scientific team was pressed into service to assist in the investigation.

The deceased student’s family members, meanwhile, alleged that some miscreants have killed him and hanged his body in his room so that the incident would appear as a case of suicide.

“We have seized the body and sent it for postmortem. We have quizzed the deceased student’s landlord and a few of his friends who had found him hanging in his room yesterday night. We are waiting for the postmortem report to ascertain the exact cause behind his death. We will examine the deceased student’s phone as part of our investigation,” said a police officer.