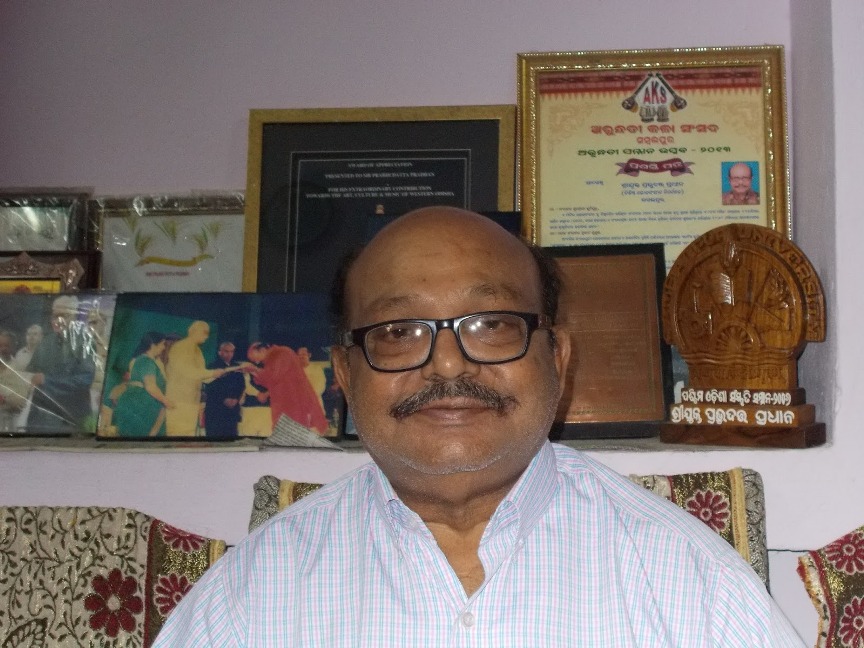 Pradhan was 74. He breathed his last at around 4.30 am at a nursing home in Sambalpur. He is survived by wife and two sons Ashish and Aseem.

Born on November 11, 1943, Pradhan started learning music at the age of only 3. He learnt Tabla in Uttar Pradesh. He had been working as an instrumentalist at Akashvani in Sambalpur since 1969.

Pradhan rose to fame in the most popular song ‘Rangabati’, lyric by Mitrabhanu Gountia and sung by Jitendra Haripal and Krishna Patel in the year 1975.

He composed thousands of Sambalpuri songs for broadcast on AIR, Sambalpur. Pradhan also worked as resource person in the Radio serials ‘Lokdhara’ and ‘Lokbadya’ produced by Sambalpur AIR.

He was active in field of music for 45 years. The veteran rhythm player of Odisha having expertise in percussion instruments like Dhol and Mandal contributed for propagation and popularisation of Sambalpuri music throughout the world.

Pradhan has bagged total 14 prestigious awards for his contribution in field of Samabalpuri song and music.