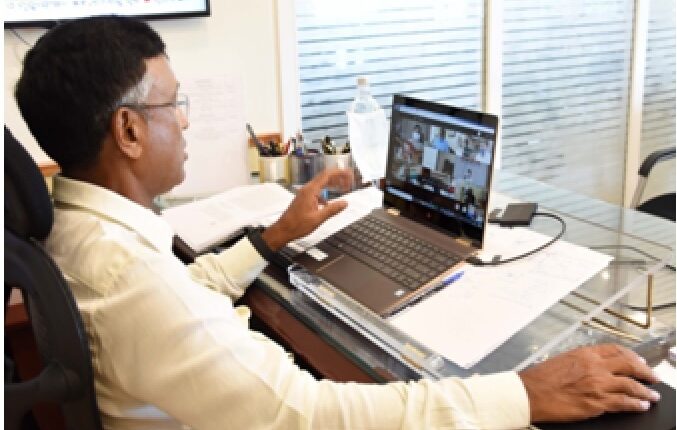 Bhubaneswar: As another distinction in implementation of 5T Framework in State’s financial matters, Odisha has been ranked 3rd in terms of budget transparency.

This was known from a high level review meeting on economic indexing held under the Chairmanship of Chief Secretary Asit Tripathy today on digital mode, wherein Principal Secretary Finance Ashok Kumar Meena appraised that Transparency International in its annual edition put Odisha in 3rd rank next to Assam (1st) and Andhra Pradesh (2nd) with regard to transparency in budget making process.

While complementing the progressive procedural reforms achieved by the Finance department in the matters of budget making, financial management and financial regulation, the Chief Secretary directed the department to work out a ‘composite index’ including agriculture, fishery and animal husbandry sectors for tracking the State’s economy during pre-covid, covid and post-covid scenario. Tripathy also directed to focus on surrender of the funds lying idle in different Government departments.

It was decided to use other high frequency data for a comprehensive objective ranking. The Chief Secretary advised to apply the ‘composite index’ for assessing the State’s economic trend on monthly and quarterly basis.