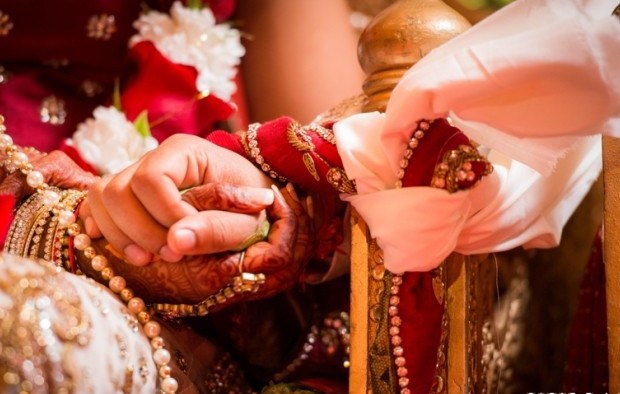 Balasore: In a rare incident, a rape accused tied the knot with victim as per Hindu tradition on premises of Balasore Jail in Odisha.

The nuptials were solemnized in presence of jail authorities and inmates on Saturday.

According to reports, Bikash Das (25), a resident of Baisinga area in Mayurbhanj district, was in a physical relationship with a young girl of his locality on pretext of marriage. Being influenced by some evil-minded persons, he started avoiding her and the relationship between duo turned sour.

Later, the young girl lodged a complaint at the Rupsa Police Station against the youth alleging rape. Based on the complaint, Bikash was arrested and forwarded to the court.

Few days after the incident, the families of both accused and victim wanted to settle the matter outside the court. Following the consent of both family members, the youth and girl sought permission from the jail authorities for the wedding.

Acknowledging the noble initiative, the court also permitted the accused and victim to go ahead with marriage and directed the jail authorities to make arrangements for the ceremony.

The wedding between the couple was conducted as per Hindu rituals on premises of the Jail yesterday evening. Their marriage was registered by a temple at the locality.

Kohli instilled self-belief in his team like Imran: Manjrekar