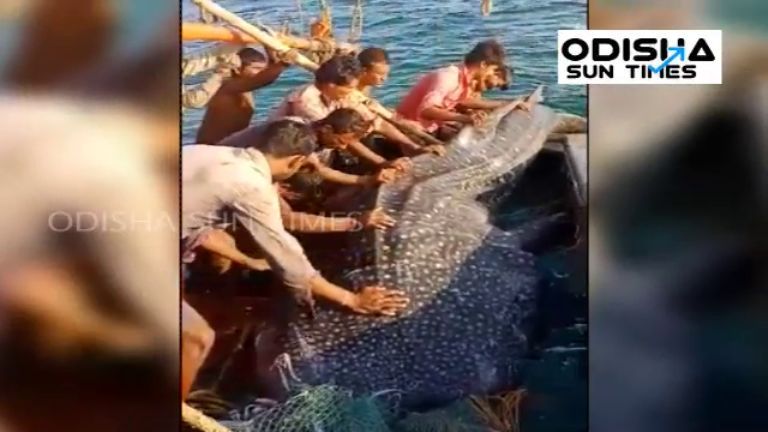 Bhadrak: A whale shark weighing 107 kg was caught by a group of fishermen off Dhamra coast in Bhadrak district on Tuesday.

The matter came to light after a video of the fishermen netting the whale shark, the largest known extant fish species, went viral on social media today.

As per reports, a Chennai-based pharmaceutical company bought the whale shark at Rs 7,000 per kilo and paid a total of Rs 7.49 lakh to the fishermen.