Odisha: Ratha Jatra-2020 to be documented 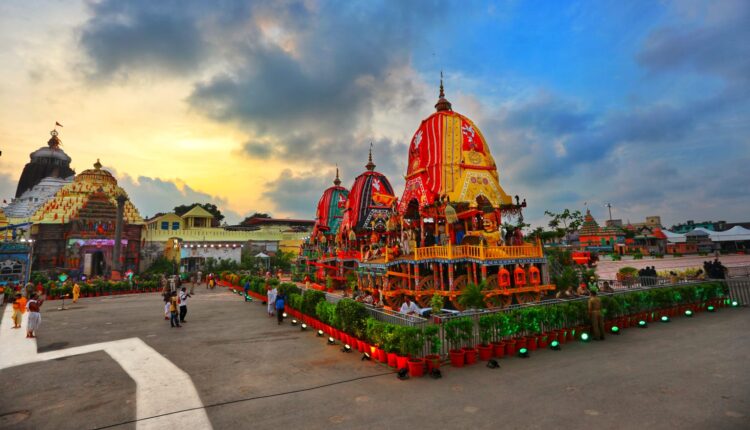 Bhubaneswar: The Shree Jagannath Temple Administration (SJTA) has decided to make documentation of this year’s Ratha Jatra which was held amidst the COVID-19 pandemic.

This was revealed by SJTA chief administrator Krishna Kumar after attending a meeting of the Shree Jagannath Temple Managing Committee and Chhattisha Nijog (apex body of servitors) at Puri on Tuesday.

He said this year’s Ratha Jatra will be documented through video, still pictures and books for posterity. He said the 2020 Ratha Jatra was unique in view of the circumstances under which it was successfully organized.

With smooth conduct of the festival, Odisha Chief Minister Naveen Patnaik thanked the temple servitors, the administration above all the people of Odisha for the wholehearted cooperation of Lord Jagannath’s annual festival.

“Lord Shree Jagannath has returned to Sri Mandir (the temple) with his sibling brother and sister. It became possible by the Lord’s grace,” Patnaik said.

This year’s Ratha Jatra is significant as the SJTA got permission to conduct the festival with less than 24 hours left for the beginning of the associated rituals. Though the Supreme Court on its June 18 order stayed the festival at Puri and elsewhere in Odisha, the apex court later on June 22 modified its decision and allowed conditional conduct of the yatra.

Kumar said apart from making this year’s Ratha Jatra devotee less, there are other aspects which also need to be documented.

The senior IAS officer said the documentation will also include how all the preparations were made smoothly in appropriate time and the cooperation and support from servitors and the people of the state, particularly the citizens of Puri.

While adhering to the apex court directive, the administration had to conduct corona tests of above 1,000 servitors who later qualified for chariot pulling. “It was a tough job for conducting tests and getting reports within a short span of time,” a health department official said.

As about 10 lakh devotees usually congregate every year for the Ratha Jatra festival, this time the Grand Road in front of the 12th-century shrine remained vacant. Only police personnel, some officials and servitors remained present in the festival venue.

“This time, only servitors pulled the chariot which is itself a history,” Kumar said.

He said all the rituals beginning from the Lord’s procession, chariot pulling, return car festival, Suna Bhesa (gold attire), Adhar Pana and finally Niladri Bije (the ritual in which the deities return to the main temple after the festival) were held in the absence of devotees.

The people got the opportunity to witness the festival through live telecast of all the major rituals, he said, adding that a sub-committee of the temple administration will be assigned the responsibility of documentation.

Kumar said, the members of the sub-committee will hold a meeting to decide their next course of action, he said.

Lord Jagannath’s annual Ratha Jatra has been continuing since 1736 without any break, but this year’s festival would get a place in the history book, said Bhaskar Mishra, a researcher in Shree Jagannath culture.