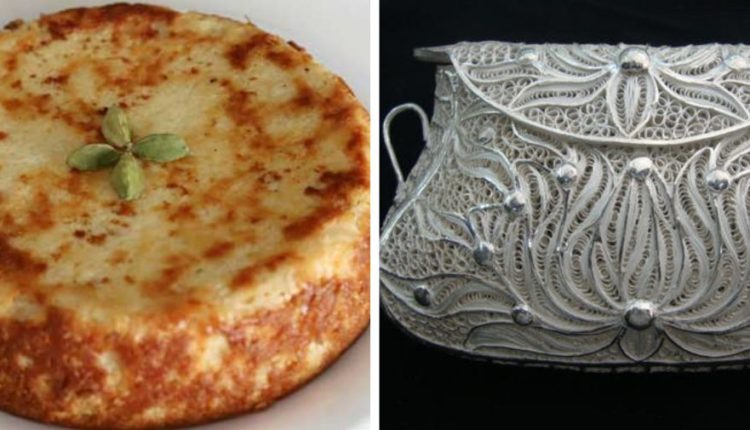 Odisha Small Industries Corporation Limited (OSIC) of Odisha government has begun the process for getting GI tag for the sweet dessert and craft work by discussing with members of Utkal Mistarna Byabasayee Sangh, Mahaveer South Indian of Nayagarh and jewelers’ association of Cuttack.

Worth mentioning, Nayagarh and Cuttack in Odisha are famed for sweet dessert Chhena Poda and silver filigree work respectively. Chhena Poda is a delicious cheese dessert made of well-kneaded homemade fresh cottage cheese (Chhena). Similarly, filigree work is one of the most enchanting forms which have been created by the craftsmen since ages. Hundreds of households depend on the 500-year-old handicraft for livelihood in silver city Cuttack.

Sources said that the initiative has been taken to promote state’s own products and handicrafts on the global stage.

The move came after Cuttack MLA Mohammed Moquim had raised a question in Assembly on government’s initiative to get GI tag for filigree work.

According to reports, the OSIC has held a discussion with Metals and Minerals Trading Corporation of India (MMTC) in this regard following which the authorities have begun collecting the necessary documents.

Sources said that MMTC authorities have given consent to provide quality raw materials for filigree work.

Meanwhile, steps have already been taken by the authorities for expediting process to have its claim over another dessert Chhena Jhili of Nimapara.

Recently, a three-member team headed by researcher Asit Mohanty had visited Nimapara in the district of Puri to conduct survey on origin of Chhena Jhili before filing application for GI tag to the scrumptious sweet delight.