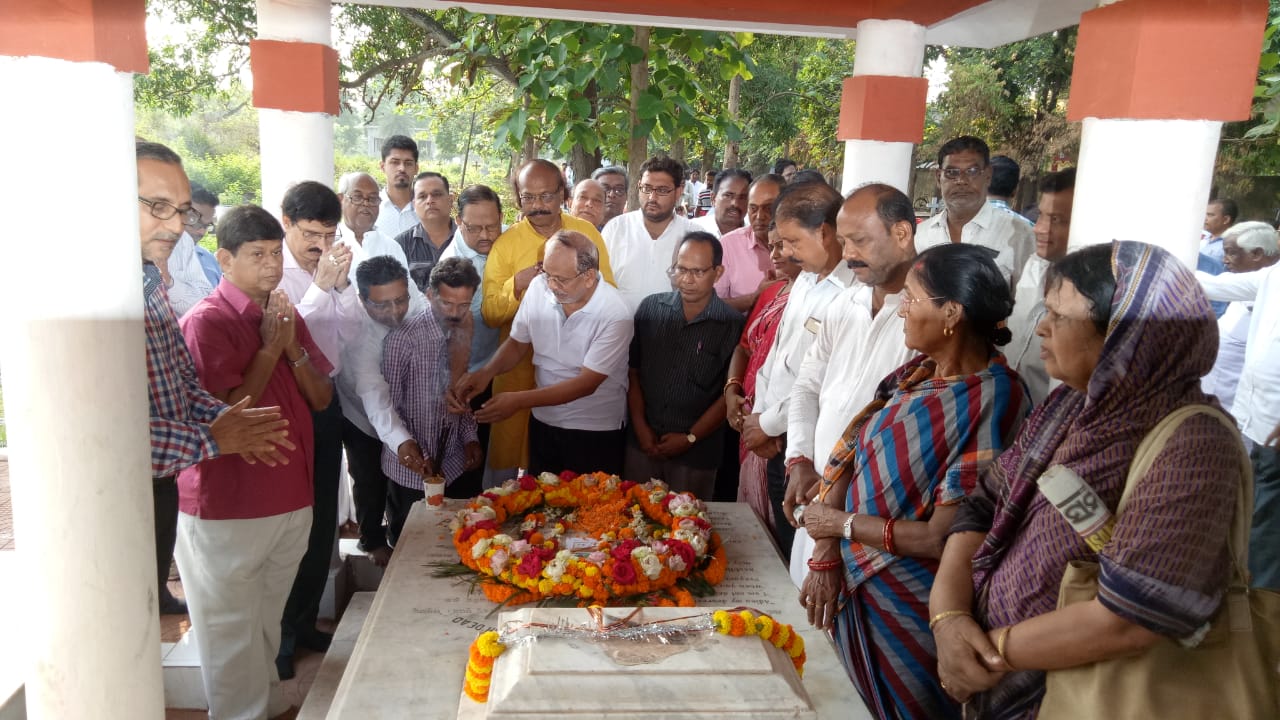 Paying a rich tribute to Odisha’s first lawyer at his memorial at Gorakabar in Cuttack district on Swabhiman Dibas organised by Ama Odisha, Justice DP Choudhury of Orissa High Court said that Madhu Babu is credited with protecting the Jagannath culture in the State during British era.

Advice at “Sambad” felicitation function: “Do not run away from problem, face it”

“With legal profession, Madhu Babu had defeated the British government that had conspired to control the Sri Mandir management in Puri,” he said.

Speaking on the occasion, Rajya Sabha MP Saoumya Ranjan Patnaik said that the efforts by Madhu Babu for upliftment of women will always be commended.

“We have been celebrating Madhu Babu Jayanti as the Swabhiman Dibas in past 22 years. The world Swabhiman should not be confined to world, rather we should be aware of the field that need to be in focus for a person with self esteem,” told Patnaik to media here.

“Unfortunately, our mother tongue has been sidelined by our own people. I am not against people sending their children to the English medium schools, but it does not mean that we will not let our children learn Odia,” he said while urging people for massive usage of Odia in every sphere.