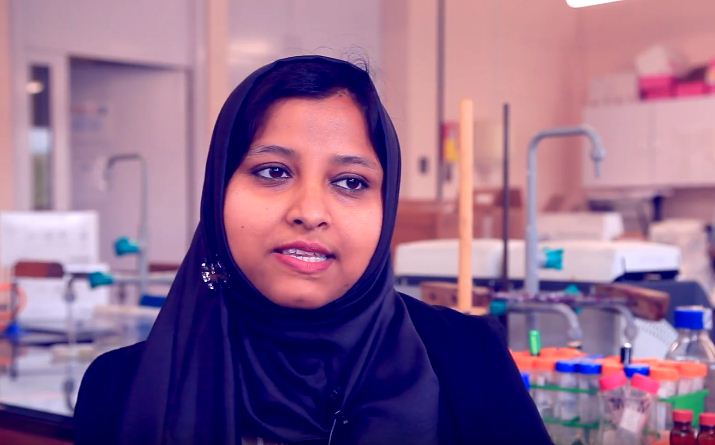 She was honoured at the meet for the path-breaking cancer drug delivery device developed by CyCa OncoSolutions.

The molecular drilling device that can inject directly and precisely anti-cancer drugs to the affected cells, developed by the Odisha-based research and technology startup, has been hailed as a breakthrough in cancer treatment. The startup has developed an efficient, non-toxic vitro and in vivo delivery method for various clinical applications, especially for cancer therapeutics.

Cyca OncoSolutions had earlier won honours at the SheLoves Tech India meet, organised by Kerala Startup Mission (KSUM) in Kochi, recently. Following this, KSUM sent Dr Nusrat to the four-day bootcamp in Beijing and subsequently she made her way to the global summit held to identify and encourage innovative and successful technological ventures promoted by women. Startups from Germany and US bagged the first two prizes at the summit.

“This technology can also sharply bring down the economic and social cost of managing cancer, which especially is a major issue with public healthcare systems the worldover,” Dr Nusrat said.

“Entrepreneurship is not just a career option. It is a way of life. It’s a mindset that strives to make a difference in people’s life and to make a positive impact on society by professional and personal endeavours,” Dr Nusrat added.

Starting its operations from KIIT-TBI Bhubaneswar, the company recently moved to NCL Innovation Park, Pune, and its Irish branch operates from University College, Cork. Initially a researcher and scientist in Chemistry, Dr Nusrat’s focus was to find a better anti-cancer drug with fewer side effects.