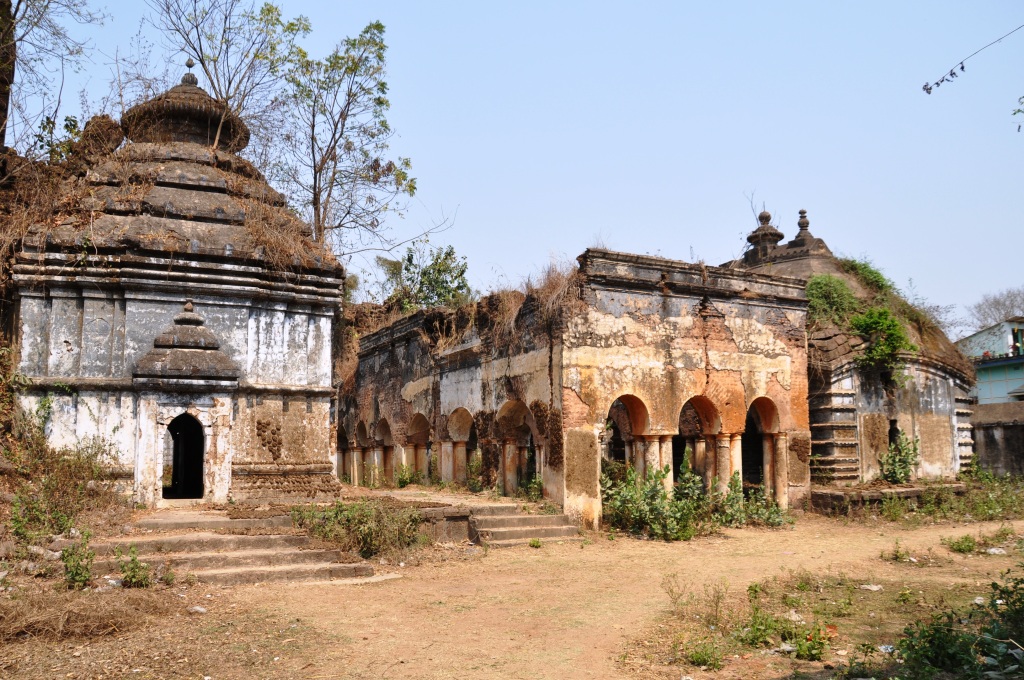 Kolkata: The Indian National Trust for Art and Cultural Heritage (INTACH), West Bengal and Odisha Chapters released the “Listing and Documenting the Monuments of the Jagannath Sadak in West Bengal” yesterday at the Indian Museum, Kolkata.

The Project had been launched in November, 2015 and had been flagged off by the Honorable Governor of West Bengal. INTACH had earlier undertaken and completed the Listing of the Monuments of the Old Jagannath Sadak in the Odisha stretch and a report was prepared which was released at Bhubaneswar in July, 2014. The report had listed 200 Monuments of the old road, starting from Jaleswar to Puri.

The West Bengal Report was released by the Chairman of INTACH Maj. Gen. L.K.Gupta (Retd.) along with Dr. Rajesh Purohit, the Director of the Indian Museum. Speaking on the occasion, Amiya Bhusan Tripathy IPS (Retd.), State Convener of INTACH Odisha, said that the relevance and importance of this ancient road has not been highlighted. He said that the heritage of this pilgrim road and its importance in spreading the Cult of Jagannath all over the country has been overlooked in history. Nearly 400 monuments have been listed in the three volume report which includes 400 maps and 1000 photographs. Tripathy said that the listing did not have only Hindu temples, but 7 Mosques, 4 Gurudwaras and 6 Churches too have been listed as they had associational significance with the Old Sadak and its pilgrims. G.N.Kapur, State Convener of  INTACH West Bengal said that efforts will be made to conserve and preserve the remnants of the Old Sadak in West Bengal.

The Director of the Indian Museum emphasized on the rich heritage of Eastern India especially Bengal and Odisha and the manner in which they were intertwined. He lauded the efforts of INTACH in producing the report and said that it was an empirical study. The Chairman of INTACH, Maj. Gen L.K.Gupta stressed the need of documenting both the tangible and intangible heritage of the country. He said that INTACH has been accorded the status as a Centre of Excellence and spoke of its role in conservation and preservation of heritage sites all over the country. The need of the hour was creating awareness about heritage and culture, which INTACH is actively promoting by its outreach programmes and its various chapters all over the country.

Anil Dhir, the Co-ordinator of the Project, gave a vivid talk on the project and the various aspects of the synthesis of the Bengal and Odishan cultures. He spoke of the relevance of  Sri Chaitanya and the Guadiya Vaishnavites  in the making of the road and the various Mutts that are scattered all over the Old Sadak. The visits of many holy saints including Guru Nanak, Namdev, Ramananda, Tulsidas, Mahdava Acharya and Kabir have left behind indelible traces on the  old road. While preparing the report many old travel accounts of the Persian, Arabic , English, French and  Dutch travelers  were discovered. Besides being a Pilgrim trail, the road was also an important trade route  with various amenities for the travelers. Of the 512 Kms of the original road, only 168 kms is still intact, the rest of it has been encroached upon by the highway and the railways. Dhir said that unlike Odisha, West Bengal had three different roads, all of which culminated at Dantan on the Odisha border. Different routs were taken by Guru Nanak and Sri Chaitanya, while the sea route from Tamluk, the ancient Tamralipti too was prominent.