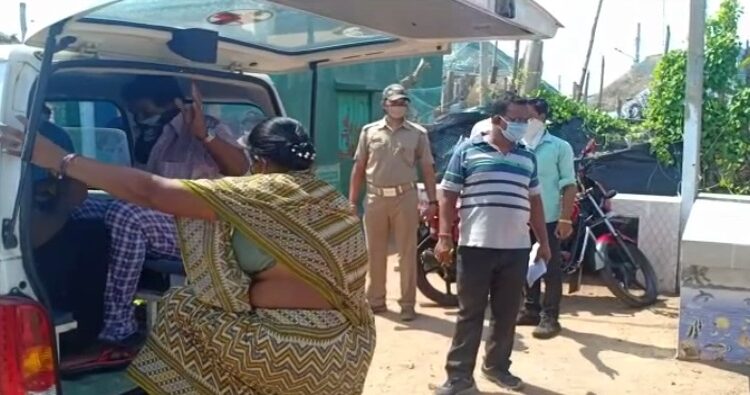 Paradip: Andhra Pradesh returnees, who had allegedly attacked an ASHA worker and visited their houses in a slum area in Paradip, were sent to the quarantine centres here today.

Around 52 fishermen, who were hesitant to obey quarantine policy, were sent to institutional quarantine centres after they returned to Sandhakuda slum from Andhra Pradesh, informed Paradip Municipality Executive Officer Dililp Kumar Mohanty today.

“As the fishing activity resumed since June 1, the fishermen from Sandhakuda slum returned to their houses from Visakhapatnam in Andhra Pradesh. The ASHA workers had requested them to stay in quarantine after their return as part of safety. While some returnees followed the norms, few hesitated to go to the quarantine centres. However, we managed to send 45-52 returnees to quarantine centres today,” the official said.

He appealed to the quarantinees to abide to the guidelines to contain spread of infections.

“However, the local administration will seal the slum if the returnees try to violate quarantine policy,” Mohanty told media.

The municipality official refuted allegations of attack by the returnees on an ASHA worker Sabitri Swain in the slum.

“Some returnees indulged into argument with the ASHA worker while she was trying to convince them for quarantine. But, nobody has attacked the COVID warrior. Though allegation has been made with the police in this regard, no such report has come into our notice,” the official said.