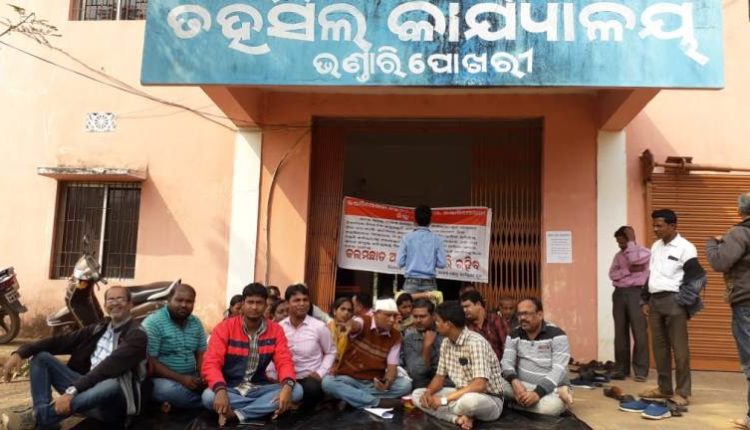 Bhandaripokhari: Demanding action against the persons involved in the attack on the Bhandaripokhari Additional Tehsildar, Revenue Inspector of Manjuri Road and a Class IV staff on Monday, revenue clerk and field staff of Bhandaripokhari Tehsil in Bhadrak district today launched a cease-work agitation.

They stated the cease-work will continue until all the accused in the attack are arrested.

“We will observe cease-work until police arrest sand mafia and the persons involved in the attack. Apart from this, we want police protection so that such incident does not recur,” said an agitating staff.

As per a complaint filed by the Additional Tehsildar, some sand mafia barged inside the RI office and started attacking the office-bearers who were holding a meeting at the RI office.

A police official said one persons has been arrested after registering a case at Bhandaripokhari police station . He further said three teams have been formed and efforts are one to nab others.

Odisha: Staff serving in DEO, BEO offices for over 6 years to be transferred