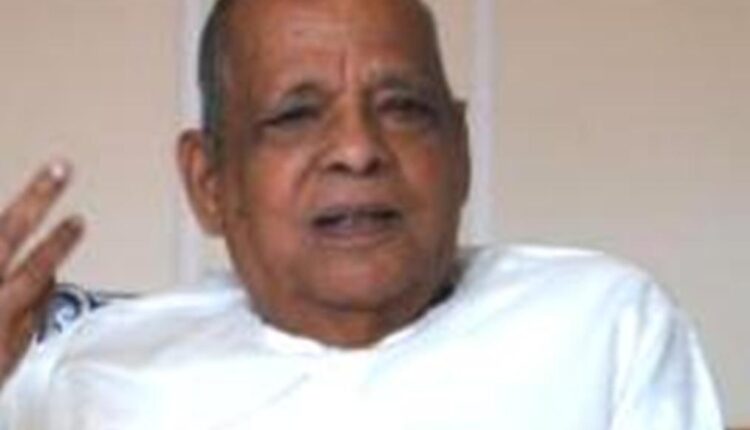 Khordha: Remembering Former Odisha Chief Minister and Former Governor of Assam, Janaki Ballabh Patnaik on his 94th birth anniversary, Editor-In-Chief of Sambad and Khandapada MLA Soumya Ranjan Patnaik said a person can overcome obstacles and achieve fame, if he/she believes in his/her work and has the willpower. This was the ideology of Janaki Ballabh and everyone must follow the same, added the Khandapada MLA.

Participating in a ceremony organized at the Janaki Ballabh Memorial Park to celebrate the veteran leader’s birth anniversary, Soumya Ranjan said Janaki Ballabh proved that strong willpower and hard work can help someone overcome any obstacle. He further stated the Former Governor of Assam was very active till his last breath.

‘Over 1.41 lakh non-Covid patients died between April and October in Odisha’

Soumya Ranjan thanked all the personalities who helped in setting up a park in the memory of Janaki Ballabh at his birth place in Khordha. The legislator said the memorial park is an appropriate tribute to the veteran leader.