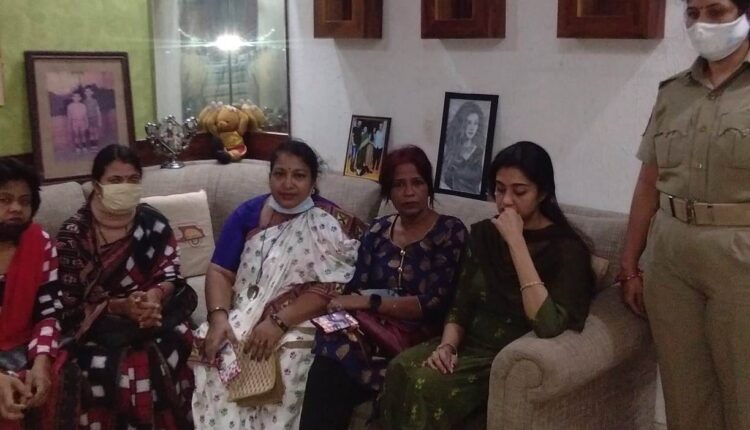 Cuttack: With an aim to resolve the issues between Actor-turned-Politician Anubhav Mohanty and actress wife Varsha Priyadarshini, a five-member team of women human rights activists today met the couple at Anubhav’s residence in Cuttack.

The team of human rights activists led by Chairperson of the International Human Rights Foundation, Gitashree Das discussed the matter between Anubhav and Varsha separately after they leveled allegations and counter allegations through posts on social media.

However, the Actor and Kendrapada MP did not clearly stated what he wants in connection with the issues, the rights activists said.