Rourkela: The Steel City of Rourkela has been put under CCTV surveillance ahead of the FIH Men’s Hockey World Cup-2023.

The Rourkela Municipal Corporation (RMC) in collaboration with the Sundargarh district police has installed CCTV cameras at all major junctions and vantage points in the city here.

“The CCTVs will boost policing, surveillance and security during the men’s hockey world cup,” said an official of the RMC.

In a related development, the beautification work being undertaken in the city here has reached its last phase. 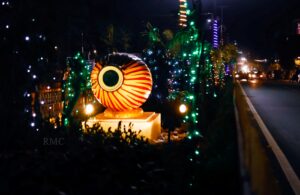 “Several city roads have been decorated with colourful lights and sculptures for the mega sporting event. These sculptures are now attracting large number of people from the city and its surroundings,” said the official.

Altogether 20 matches of the men’s hockey world cup would be played at Birsa Munda Stadium, touted as the largest hockey stadium in the world while the remaining 24 matches, including the final, will be held at Kalinga Stadium in Bhubaneswar from January 13 to 29, sources said.

Moreover, the daily flight service between Bhubaneswar and Rourkela began on January 7.

The state government had earlier urged the Centre to make necessary arrangements for starting flight service between Rourkela and Bhubaneswar ahead of the hockey world cup.

98-yr-old man released from UP jail, gets a farewell from jail staff