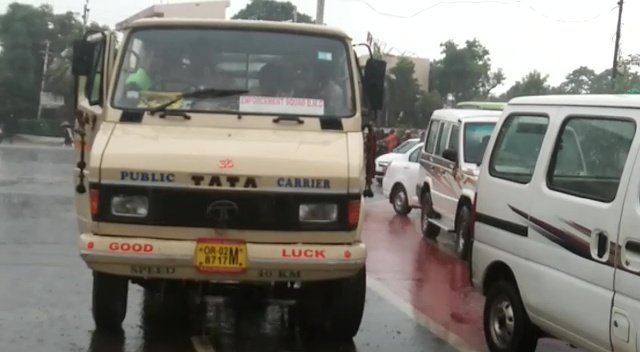 Bhubaneswar: Acting as per a directive issued by the State Transport Authority (STA), Odisha, the Regional Transport Offices (RTOs) carried out a special drive from June 2-6 and challaned 1,480 buses, good carriages and taxis from other States under the Odisha Motor Vehicle Taxation (OMVT) Act and Motor Vehicle Act.

The RTOs collected whopping Rs 2.12 crore as fine from the buses, goods carriages and taxis from other States during the five-day special drive.

The STA had instructed the RTOs to undertake a special drive against other state buses, good carriage, taxis plying within Odisha without obtaining the required permit and not paying the tax to the Government of Odisha.

About 658 vehicles were found plying without permits whereas 70 vehicles were seized for not paying the tax and penalty as per the challan.

Odisha has made the online system for issue of permit and payment of tax in respect of commercial vehicles of other states visiting the State. One can visit the portal www.parivahan.gov.in, then select check post tax, fill up the details online, pay the tax and permit fee online, download the permit and tax receipt instantly. Even the vehicle owners having valid permit for Odisha issued by other states can pay the tax online through this portal.

Before entering into Odisha, the owners of commercial vehicles of other states must pay the Odisha Tax and obtain permit in online mode to avoid tax, penalty, detention, seizure, said a Transport Department official.