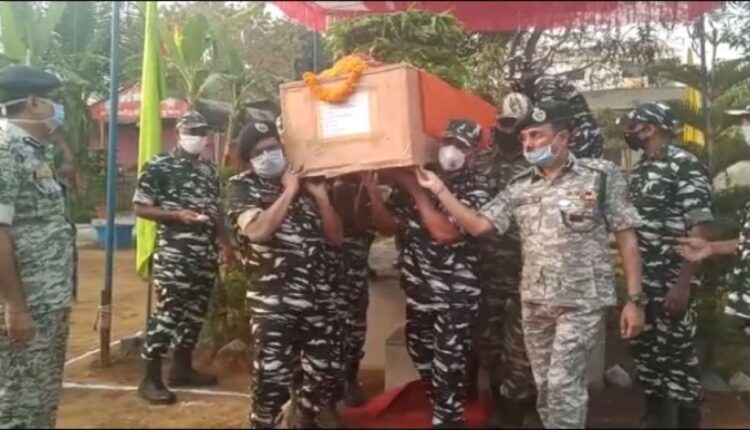 Bhubaneswar: At a time when as many as 22 jawans were martyred during an encounter with Maoists in Chhattisgarh’s Sukma-Bijapur border area, leaders cutting across party lines in Odisha condemned the cowardly act of the red rebels and saluted the sacrifices of the jawans.

Expressing grief over the death of the 22 security personnel in the neighbouring State and wishing speedy recovery of the injured, Odisha Chief Minister Naveen Patnaik tweeted, “Strongly condemn the cowardly attack by left-wing extremists on our jawans in #Sukma, Chhattisgarh. My deepest condolences to the families of the jawans who embraced martyrdom while fighting for the country. Wish speedy recovery to the injured.”

Union Petroleum and Natural Gas Minister, Dharmendra Pradhan said the sacrifices of the jawans will not go in vain. Pradhan tweeted, “Salute our brave security personnel who laid down their lives in an operation against the Maoists in Chhattisgarh. Their commitment and sacrifice for the country will not go in vain. My thoughts are with the families of our jawans. India will never bow down to forces of terror.”

Praying for the departed security personnel, OPCC Chief Niranjan Patnaik tweeted, “My deepest respects to the 22 security personnel who sacrificed their lives while fighting Maoist extremists in Bijapur of C’garh. May the departed souls of our brave soldiers rest in peace! I pray to Lord Jagannath for the safety & well-being of the missing soldiers.”

Bastar IGP Sundarraj P. informed a total of 22 jawans have been martyred and one Cobra jawan went missing during the encounter with Maoists. The security personnel has launched a search operation to trace the missing Cobra jawan.

Also, 31 jawans have been injured in the incident and undergoing treatment at the hospital.

He further informed four Maoists were reportedly killed in the encounter.