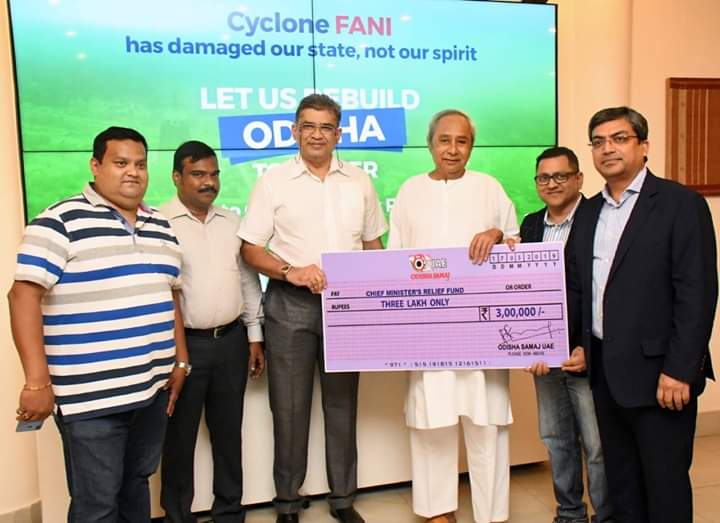 Bhubaneswar: A social organization of Odias residing in United Arab Emirates (UAE) has come forward to contribute towards Chief Minister’s Relief Fund (CMRF) for rebuilding and restoration activities in the aftermath of cyclone FANI.

The Odia folks residing in UAE were immensely grieved by the devastation of super cyclone ‘FANI’ and thereafter ‘OSUAE’ decided and initiated an ernest campaign to raise funds through contribution from the families residing in the UAE region. Coming together a decent expanse of INR 300,000 was collected and the cheque was handed over. The chief minister’s acknowledgement was overwhelming. He thanked the representing Emissaries of OSUAE for instituting such campaigns to come forward and stand by their own people during times of adversity, a member of the delegation said.