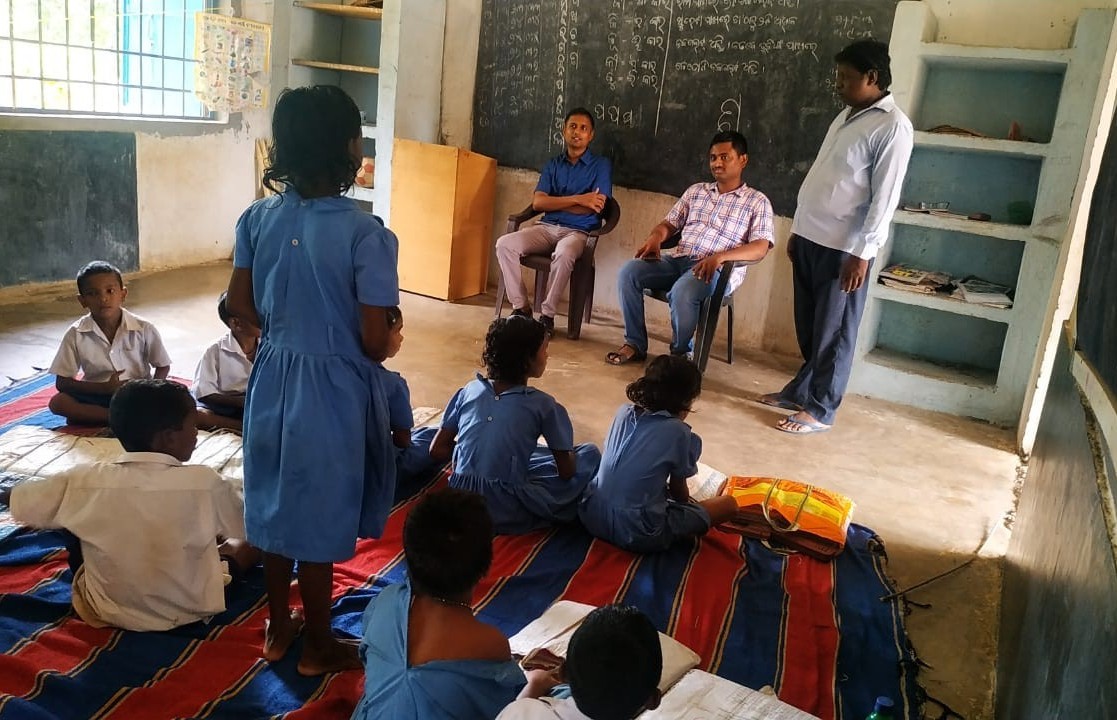 Sambalpur: It was an unusual experience for the school students of two panchayats of Naktideul block in Odisha’s Sambalpur yesterday as the district Collector himself took classes in the schools during his visit to the area.

Besides taking classes at the schools, the official also asked questions to the students and expressed satisfaction over their answers. He also took stock of the mid-day meal programme at the schools.

During interaction, the school students told the Collector that they have never been to a city, following which the official directed the teachers to make the students visit a city in the coming days.

Locals have applauded the efforts of the bureaucrat.