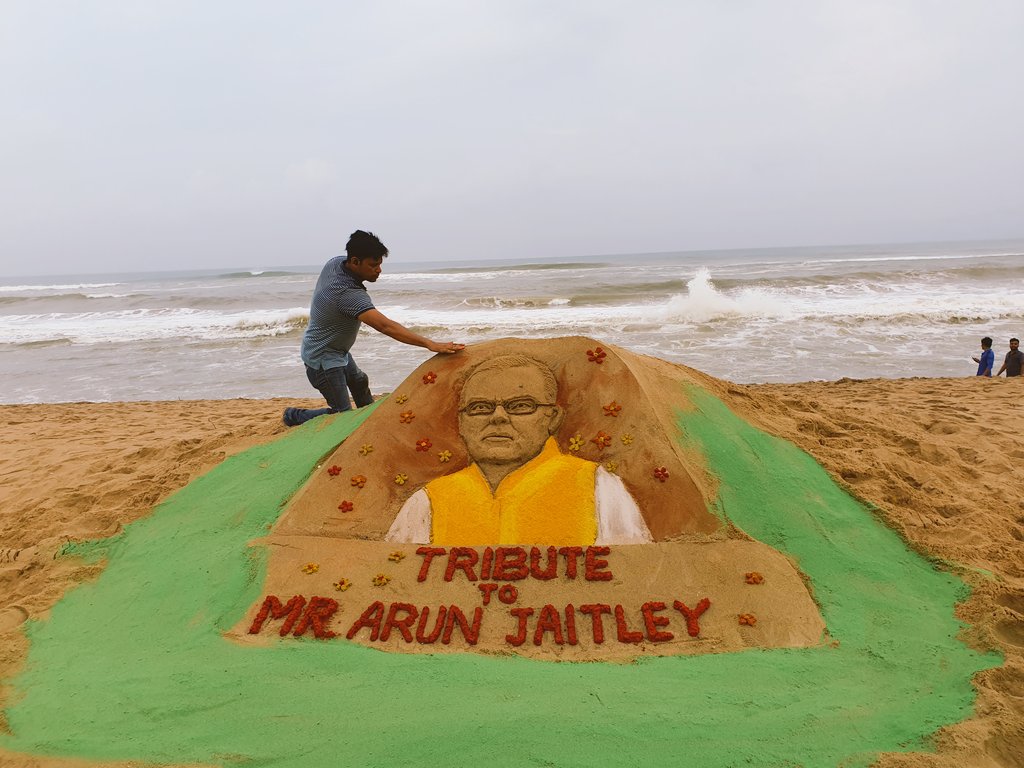 The art piece with a message “Tribute to Mr Arun Jaitely” is of 10 feet width. Sahoo took  nearly 5 hours to carve the sand sculpture using five tonnes of sand.

A tribute & heartfelt condolence, to the former Finance Minister Mr. Arun Jaitley through my #SandArt at Puri ,odisha.#ArunJaitleyPassesAway pic.twitter.com/9ZgFTNXHwS

A lawyer by profession, Jaitely, who served a crucial role in Prime Minister Narendra Modi’s Cabinet during his first tenure, was admitted to AIIMS New Delhi on August 9 after he complained of palpitations and restlessness. He was kept under observation at the Cardio-Neuro-Centre of the hospital since then. He was declared dead by doctors at the hospital at 12.07 PM yesterday.

3-year-old girl strangulated to death by stepmother in Odisha