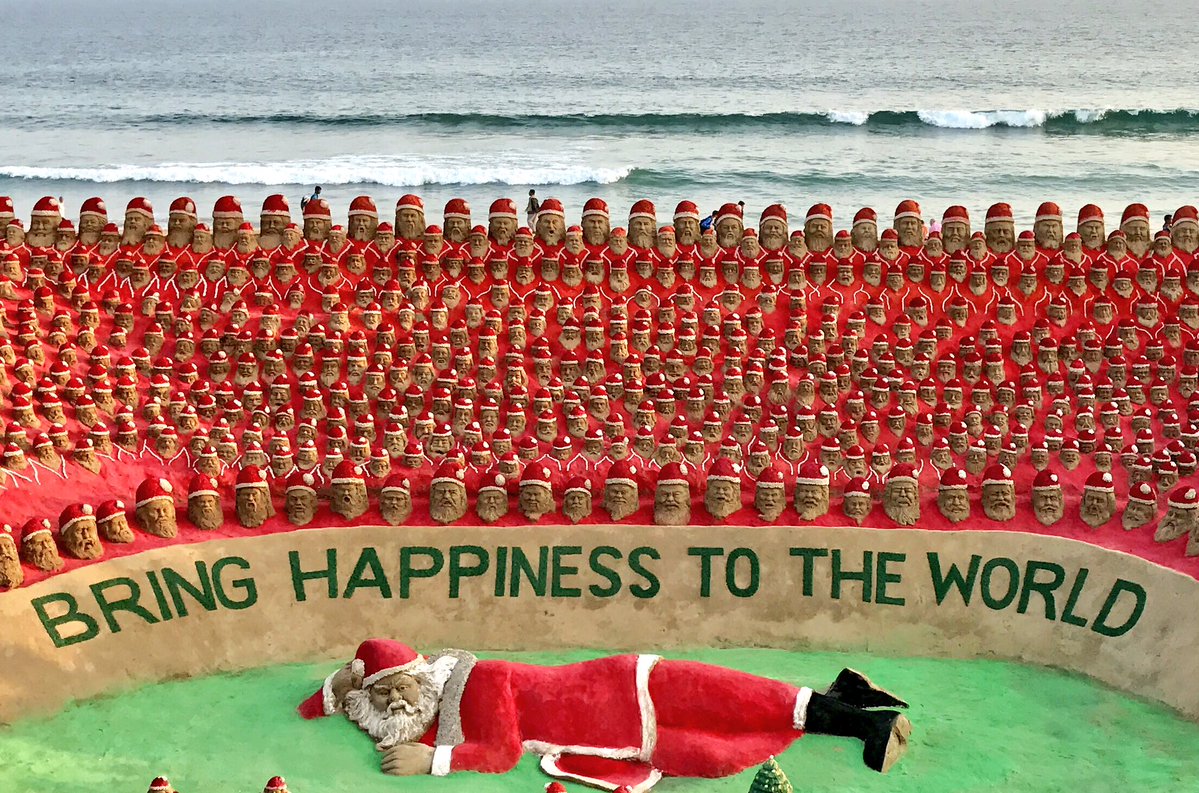 Pattnaik, working along with his team of 35 students from his sand art school, finished the 1,000 Santa Clauses yesterday after a four-day long effort. About 1,000 tons of sand has been used to sculpt the thousand sand Santa Clauses.

Done with a theme “bring Happiness to the world”, this –among a series of other sand arts— are being showcased at Puri beach as part of an ongoing sand art festival. This festival will continue till 1st January 2017, said Pattnaik.

With this, he beats his own record of 500 Santa Clauses sculpted back in 2012.

Having humble beginnings, Pattnaik carved a niche for himself in the sand art form and has bagged many national and international honours and awards.

Honoured with a Padma Shri in 2014, he bagged the gold medal at the International Sand Art Competition in Moscow earlier this year for a creation on ‘Mahatma Gandhi – World Peace’.

He also has won the World champion title at USF World sand sculpture championship in Berlin in 2008. In addition, he is the 5-time winner of people’s choice award at Berlin, which is a record.