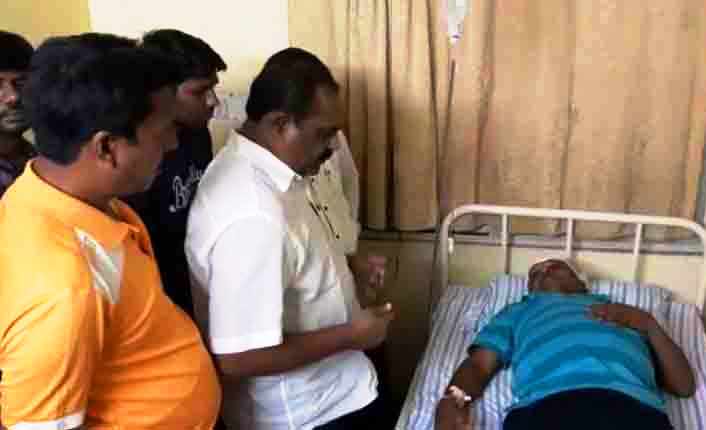 Rourkela: Two persons, including the husband of Kurei Sarpanch in Sundergarh district, were injured after being attacked by unidentified miscreants in front of the Panchayat office under Talsara police limits last night.

However, the injured Hrudananda Barik, husband of Kurei Sarpanch Sabita Barik, and his friend Ranbir Singh, a teacher, were later rushed to a hospital here.

64-YO Odisha farmer raises awareness on COVID-19 in unique…

Sources said Hrudananda had gone outside for some work and later got stuck due to rain. He was standing in front of the Panchayat office with his friend, when three youth came and opened fire at the two. After the miscreants missed their target, they went on hitting Hrudanand’s head with a stone. As the two screamed for help, the hooligans fled the spot with the bike.

Later, locals rushed the two to a nearby hospital. After preliminary treatment, Hrudanand was later shifted to a hospital here. On receiving information, police reached the spot and began an inquiry into the incident.

Though the exact reason behind the attack is yet to be ascertained, dispute over contract work is suspected to have led to the incident.