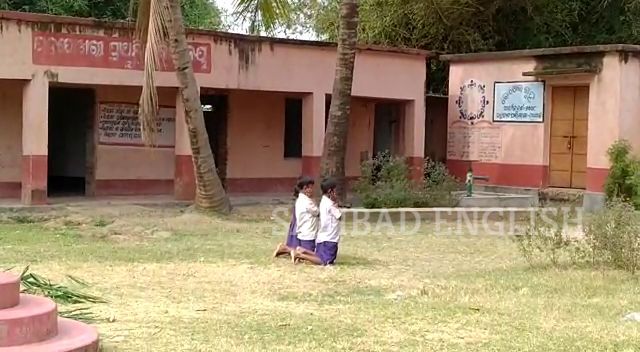 Bhadrak: At a time when the State government has declared schools as punishment-free zones, the headmistress of Padmapokhari Government Primary School was suspended today for allegedly kneeling down three students.

As per reports, Class I student Urmila Sethi, Class II students Dibyaranjan Sethi and Adarsh Swain were creating noises when mid day meal were being served to them on Friday. In the meantime, the headmistress reached there and asked the trio to kneel down in the primary school premises as punishment for few hours.

Though the incident happened on Friday, the matter came to light after a video of the school students kneeling down went viral on social media.

Parents of the three students had lodged complaints before the BEO who in turn informed the Bhadrak Collector. Later the Collector ordered the BEO to suspend the headmistress as a disciplinary action.

Watch: Sikh men use their turbans to rescue stranded hikers…