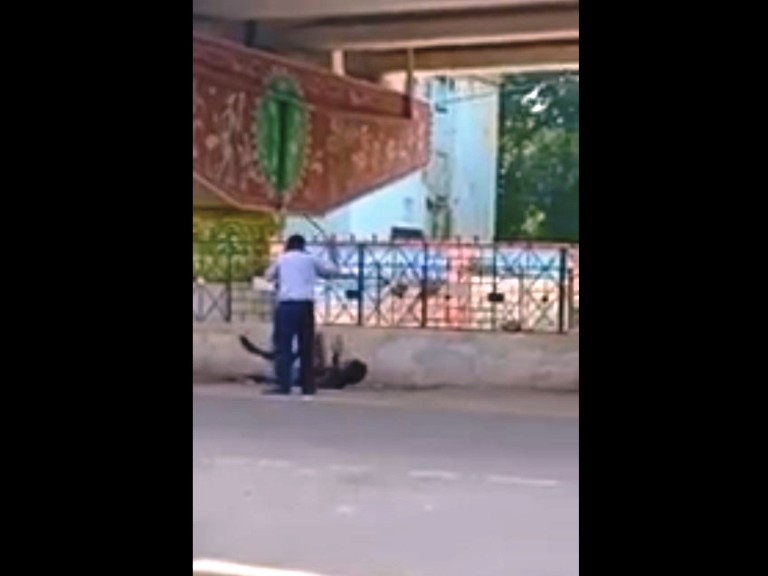 Rourkela: In a barbaric act, a security guard employed at Rourkela Government Hospital (RGH) here was caught on camera mercilessly beating a destitute suffering from mental illness in public.

Reports said the mentally-ill destitute begs in the nearby locality of RGH. Yesterday, when he entered into the hospital premises, on-duty security personnel Prashant drove him away and later went beating him hardheartedly under an overbridge in front of DSP police.

The security agency Sarala Security Services has also sacked Prashant from the job for his mischief. Meanwhile, the victim has been admitted to RGH for treatment.