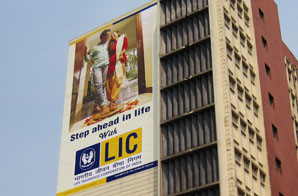 Bhubaneswar: The Odisha government today urged the Centre to open a Zonal Office (Tier-II) of Life Insurance Corporation (LIC) of India in the State capital.

“Odisha has been making sincere endeavour to achieve the goal of financial inclusion in the State. Seamless availability of insurance services to the people is one of the basic requirements to achieve the object,” he wrote in the letter.

Though Odisha fulfils all the requisite criteria for opening up Zonal Office (Tier-II) in terms of number of policies since the financial year 2012-13 and inspite of consistent demand of the people of our State, no action has not yet been taken for opening of the office.

Following bifurcation of LIC’s Kolkata zonal office in 2006, its eastern central zonal office, headquartered in Patna, is looking after Odisha, he said.

“The newly established East Central Zone Office at Patna has been so far in catering needs of the Divisional Office as well as policy holders in our State. The new office is situated at a distance of about 1,000 kms which is inconvenient for the policy holders in the State in terms of accessibility due to poor connectivity in the absence of any direct bus, train and flight from Bhubaneswar to Patna,” he reasoned.

Easy availability of insurance services to the disadvantage sections of the society is essential to fulfill the goal of the financial inclusion, the minister stated.

“In the above backdrop, I would like to request your kind intervention in the matter so as to ensure opening of LIC Zonal Office at Bhubaneswar soon which would go a long in redressal of the genuine grievances of the people of Odisha,” Behera urged Jaitley.

According to the sources, the State has already handed over six acre to the LIC for establishment of the office.