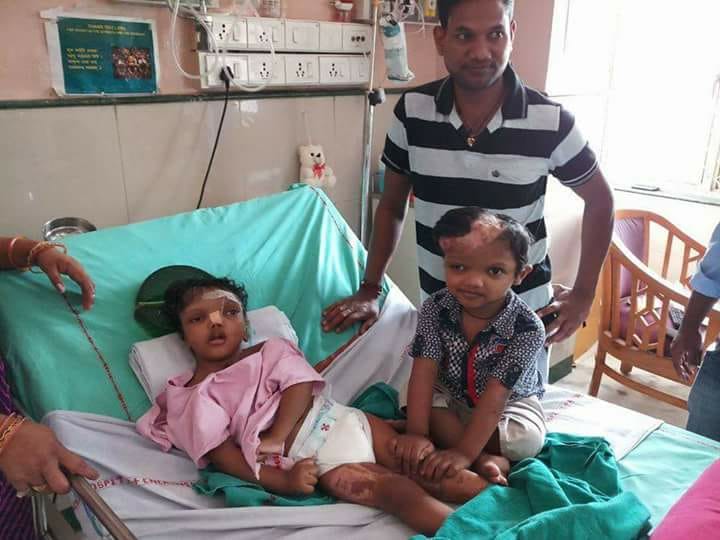 Bhubaneswar: Good news for all the people of Odisha who prayed for speedy recovery of separated conjoined twins Jaga and Kalia of Kandhamal district. Doctors at the AIIMS New Delhi, where the twins are currently undergoing treatment following the separation surgery, said stitches have been removed from their heads and both are recovering at a fast pace.

A photo released by the hospital authorities shows the twin brothers playing and enjoying each other’s company. The doctors at the premier hospitals hope that the twins will completely recover very soon.

In May, the hospital authorities had also released a video of the twins Jaga-Kalia showing them in a playful mood and being given oil massage for the first time post surgery.

It may be mentioned here that the twins hailing from Milipada village of Kandhamal district were separated by a team of doctors after a 21-hour marathon surgery in October last year.