Odisha set to rise in sports in coming years: CS 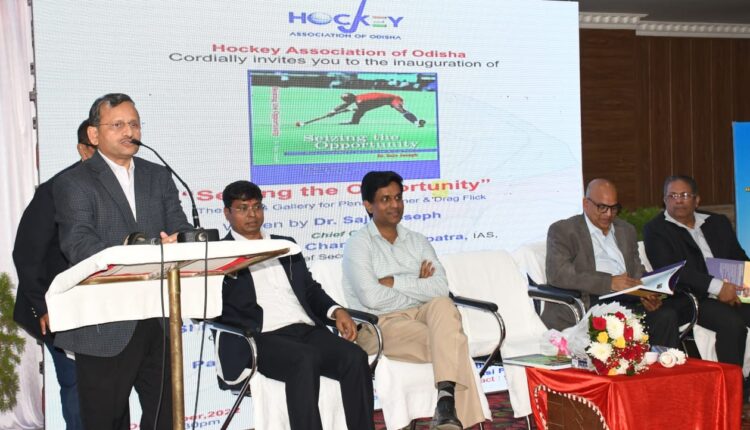 Bhubaneswar: Odisha is all set to rise in sports in coming years and necessary modern amenities are on anvil, said Chief Secretary Suresh Chandra Mahapatra at a book launching programme yesterday here.

Speaking on the occasion, the Chief Secretary said that under the guidance of Chief Minister Naveen Patnaik, the state has created enviable sports facilities. Around 100 nos. of multipurpose indoor stadiums have been constructed in urban areas with facilities of Gym, Badminton, Table Tennis and other sports activities to attract talent pools in the state.

On hosting of Men’s Hockey World Cup next month, he said that for the first time in the history of hockey that world cup will be played at two venues i.e. at Bhubaneswar and Rourkela. India’s largest Hockey stadium with all modern amenities is set up at Rourkela within a year. The commercial flights to steel city are expected very soon.

Arranging such internationally acclaimed tournaments has brought laurels to the state even at the international level. After historic performance by the both the hockey teams at Tokyo Olympics, the state government has also extended sponsorship contract for them for another 10 years till 2032, he reiterated adding that a half of the hockey players in national teams will be form Odisha in coming years and the state government is also preparing for it.

A total of 21 Astroturf fields are under construction in the blocks of Sundargarh district including Rourkela and will be completed before Hockey World Cup, feeling the pulse of the hockey lovers of the district, a place is known as the cradle of Indian hockey, he said.

Speaking on the occasion, author Dr Joseph elucidated on drag flick in Hockey and said that how it has become a scoring opportunity in tournaments. He said that it is an attacking technique within a penalty corner and involves scoop and flick.

Gracing the occasion, President of Hockey Association of India, Dilip Tirkey said that such book needs to be translated in Odia as hockey players at grassroots level can read it and can draw inspiration. He was also felicitated with 1200 Gram Silver made Hockey Stick on the occasion.

Commissioner–Cum-Secretary of Sports and Youth Services R.Vineel Krishna and Commissioner of Police Cuttack-Bhubaneswar Saumendra Priyadarshi also spoke on the occasion. Apart from them eminent personalities from sports and other sectors were also present during this book launching ceremony.

The event was organized by Hockey Association of Odisha in support of Government of Odisha. Former sports administrator Ashok Mohanty moderated the session while Joint Secretary of Sports and Youth Services Sri Sailendra Kumar Jena proposed a vote of thanks.

Only 2% of cryptocurrencies have a ‘healthy’ liquidity, finds study