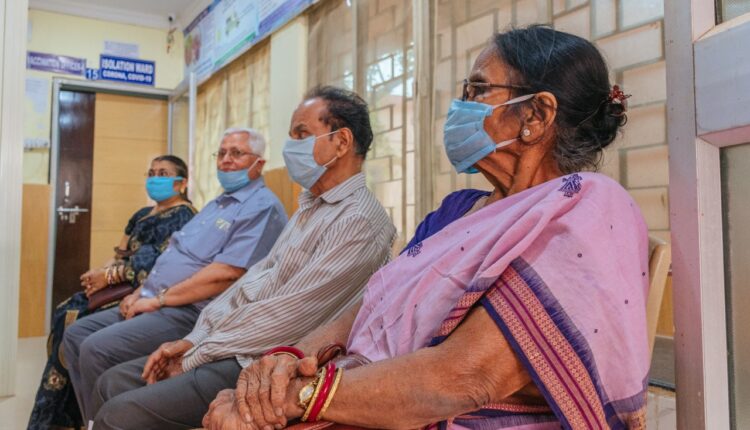 Odisha is currently reporting more than 10,000 Covid-19 positive cases with 19 of its 30 districts having a very high Test Positivity Rate of more than 20%. Until 8th May, Odisha had administered about 61 lakh vaccines which includes about 83% in the age group above 45. It plans to open up vaccination for the 18-44 years age group in five urban centers with high TPR. In the backdrop of severe shortage of vaccines, and with Cowin or Aarogya Setu based registration only, thousands of people struggling to find vaccination slots. With a vast digital divide, insisting on such a process to get vaccinated is not tenable and thus Odisha should allow vaccinations without insisting on the digital prerequisite.

Odisha’s internet penetration stands at 28.22% against a national figure of 38%. As of March 2020, the tele-density of Odisha was 76.46%, as compared to 87.37% at the national level. Internet subscription stood at 43.95 per 100 population. However, the digital divide is stark with this number dropping to 29.5 per 100 population in rural areas. In a survey in 2016-17 conducted by Department of Telecommunication, Government of India, it was revealed that of the 51,311 villages in Odisha, there is no mobile connectivity in about 11,000 of them.

Then there is a massive gender divide, which is detrimental in reducing access to vaccination for women. With a female literacy rate of 67.4%, only 13% of women in 15-49 years have finished 12 or more years of schooling. As per NFHS-4 data, about 25% of women are not exposed to any form of media and importantly in context of app based registration for vaccine, a mere 39% of all women have access to a personal mobile phone. The fact that just 20% of women are allowed to go to health facility outside their community or village underlines the concern of access, this time to vaccines.

A little over 9% of all tribal communities in India are found in Odisha, which comprise a little over 20% of the total population. Among them there are 13 Particularly Vulnerable Tribal Groups (PVTGs). With their distinct culture and languages, lack of conventional education, minimal access to mobile phones and internet, these people can only be vaccinated through community health workers (CHWs) that bridge the healthcare divide. To mandate registration for vaccination for such population is in fact foolhardy.

It is now well understood that vaccination is the only way out of this pandemic. While vaccination for adults is now available, there are trials going on in various children age groups and will be available. While it is too early to tell, there could be a possibility that coronavirus vaccinations might require booster doses, thus making it not a one-off affair. Thus it is essential to go back to the good old ways of vaccination programs, one that India has done extremely well in the past half century and a model that has inspired many developed countries to follow suit.

Odisha government should join the bandwagon of states that have demanded that Cowin be not made mandatory for vaccination and allow walk-in vaccination. After all, the vaccines for the 18-44 age group are purchased by the state government. It can and should have leeway over how it wants to use it the best. A rethink on prioritization in the face of vaccine shortage, and redrawing the list will prevent people hording to the sites. Recently, in a wise move, the Chhattisgarh government tried to prioritize the poor, who are more vulnerable. However, the issue got mired in legal tangle with their High Court disallowing it.

Vaccines reaching out to people, has been the effective model and should be aimed for in the medium term. The well-established network of CHWs will be helpful in effective messaging and people management. Already existing channels of election booths have been activated by the government for the 18-44 age group vaccination. Once reprioritization is done, people should be allowed to walk-in with any identification proof. Like other vaccination programs, data can be collected and uploaded to a repository at the end of the day. Vaccination cards can be issued which has been followed by many countries and in our own universal immunization programs. Such data is after all noted in digital mediums.

The app based registration has become a huge struggle for thousands of people. There have been reports of IT professionals hacking the system to book slots. A dozen odd companies have propped up that are using digital prowess to inform people about slot availability. Many are returning from vaccination sites despite receiving messages through the app about availability. While one phone number can book slots for up to four people, it is neither a practical or scalable feature to cover populations that don’t have access to digital technology. All this is only adding to vaccine hesitancy, which if grows enormously will impact the vaccination program adversely.

Odisha has ticked many right boxes in its fight against the pandemic including fine-tuning the lockdowns well, providing social net to the disadvantaged and minimizing vaccine wastage. In the same breath, Odisha should take charge, chart its own way and put their people out of this digital misery. Keeping it simple is the best way to promote vaccine acceptance and vaccinate large population in a short time. Overarching digital solutions to basic healthcare problems are only going to make matters worse both in the short and longer term. With only a fraction of the population vaccinated in Odisha, and a long way to go ahead in the vaccination journey, now is the time to delink from the Cowin conundrum.

*The writer is an Assistant Professor of Biochemistry at Manipal Academy of Higher Education (MAHE).

Hope for the visually blind! Low Vision and Rehabilitation Services