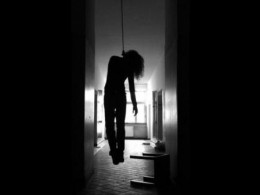 Bhadrak: In a tragic incident, two young sisters at a village in Odisha’s Bhadrak district today allegedly tried to commit suicide due to a family dispute. One of them died while another is battling for her life in a hospital.

The incident took place at Khirasahi village under the Bhadrak Town police limits.

The deceased has been identified as Rupa Das, while her elder sister Madhusmita is serious and undergoing treatment at Cuttack SCB Medical College and Hospital in Cuttack.

While Rupa had hanged herself to death, Madhusmita consumed poison inside their home in absence of their parents.

As per the available information, the two girls have entered into a quarrel over some petty family issues which later turned ugly and violent forcing the duo to take the extreme step.

Both of them were rushed to the District Headquarters Hospital here where doctors declared Rupa brought dead. Madhusmita, who was critical by then, was shifted to the SCB.

Meanwhile, Laxmidhar Das, the father of the two sisters, said he is unaware about the reasons behind the incident.

The Bhadrak police have begun the investigation into the incident in several dimensions.