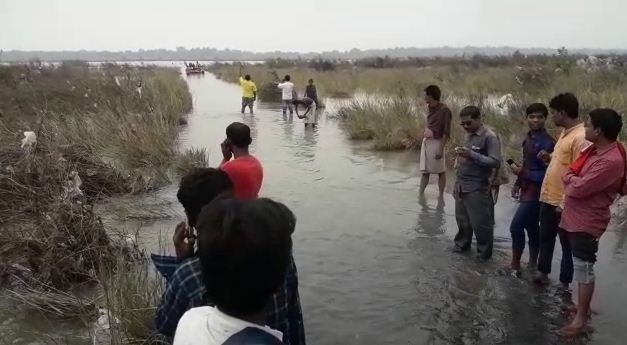 Sambalpur: As many as six minor girls were swept away in Mahanadi river near Badabazar in Odisha’s Sambalpur district today while they were taking bath.

While five girls were rescued by locals and Fire Service personnel, one girl, identified as Pinki Biswakarma, was missing till last reports came in.

The six girls had gone to the river around 11 am for bathing, during which one of them got swept away by strong water current. Other girls also met the same fate as they tried to rescue her.

On being informed by locals, Fire Service personnel reached the spot and launched rescue operation. Efforts were on to trace the missing girl.