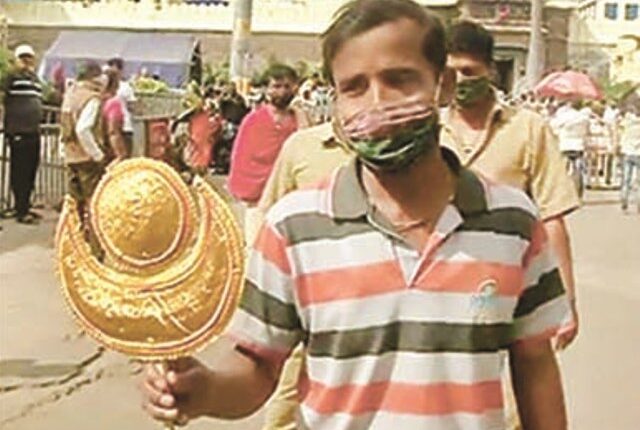 Puri: The Shree Jagannath Temple Administration (SJTA) today cleared the air on alleged stealing of ‘Surjya’ and ‘Chandra’ jewllery of deities of the Srimandir following ‘Nagarjuna Besha’ on November 27.
In a statement, the temple administration said no item of the besha has been stolen. All the items of the deities are in safe custody.

During the ‘Nagarjuna Besha’ Chief Artisan, Basant Kumar Rana prepared two ‘Chandra’ and ‘Surjya’ jewellery out of thermocol. As they were not used during the besha, ‘Bhandara Mekapa’, Madhusudan Mekap and Srimandir Management Committee member Ramchandra Das Mohapatra brought the two items made up of thermocol out of the temple.

Worth mentioning, a servitor took out the ‘Surjya’ and ‘Chandra’ out of the temple on November 28 after the Nagarjuna Besha was over.

The temple administration launched an investigation after the media highlighted the issue. Some organizations also filed FIR at the Singhadwara police station over the matter.