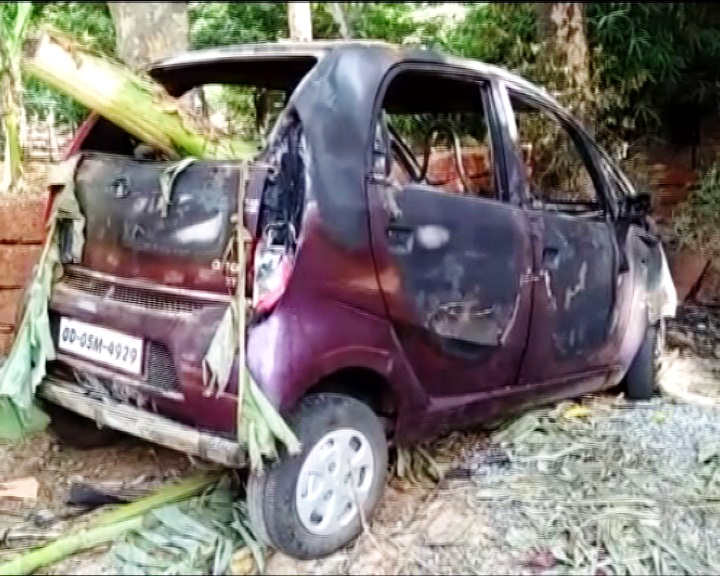 Ace sprinter Dutee Chand’s car, which was presented to her by the then Uttar Pradesh Chief Minister Akhilesh Yadav in 2013, was set on fire by unidentified miscreants at Gopalpur village, her native place, in Jajpur district of Odisha on Sunday night.

Her family members found the vehicle, which was kept near the house, to be torched on Monday morning.

Dutee’s father has lodged an FIR in this regard at Kuakhia police station, reports said.

The incident has saddened Dutee, who is currently representing India at the Asian Grand Prix-2017 in China and won bronze medal in the women’s 100 metres race by clocking 11.59 seconds.

Worth mentioning, the car held importance for Dutee as it was the first four-wheeler to be presented to her as prize in her athletic career.

At that time, she had faced a lot of difficulties to bring the vehicle to Odisha and was eventually helped by Odisha Cricket Association’s former secretary Ashirbad Behera.

Dutee had brought laurels to the state as well as the nation when she qualified for the Rio Olympics by clocking 11.30 seconds to finish a 100 meter race at the XXVI International Meeting G.Kosanov Memorial in Almaty, Kazakhstan last year.

However, she failed to qualify for the 100 metre sprint semi-final in Rio Olympics last year as she finished 7th in her heat clocking a timing of 11.69 seconds.