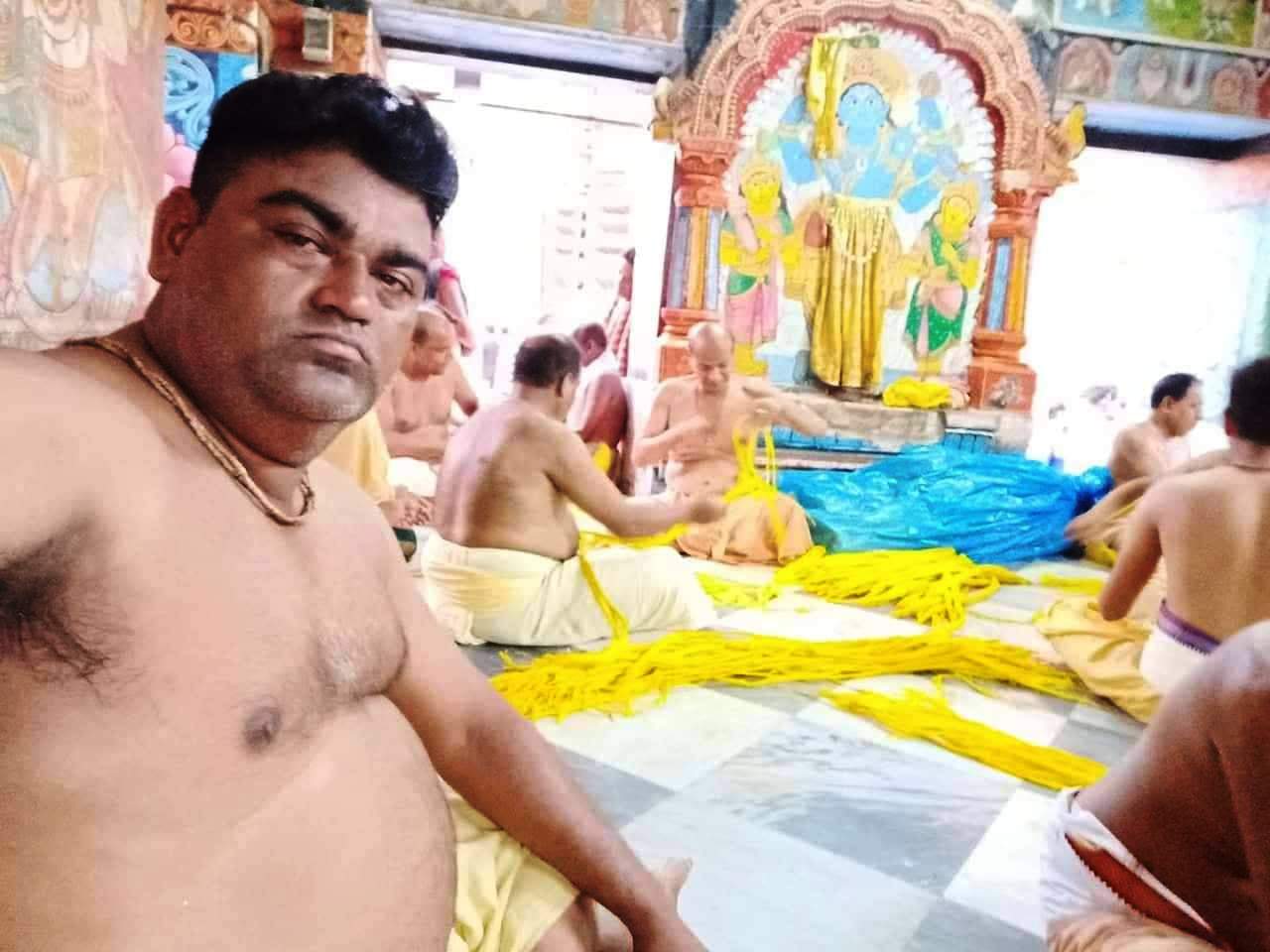 Puri: A servitor of the Shree Jagannath Temple in Odisha’s Puri landed in trouble after uploading a photo of the temple’s interior on social media.

Ashok Patra, a Patara sevayat of the temple, had reportedly uploaded a photo of interior of the Mahalaxmi Temple on the premises of the Srimandir. In the particular photo, other servitors can be seen preparing paitas for the deities.

After the incident came to fore, the Patara Nijoga suspended Ashok.