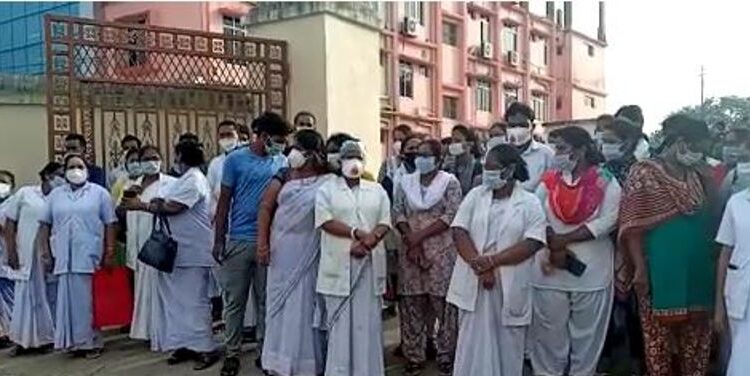 Suspecting a foul play behind the death of Mousumi, the hospital employees demanded an impartial investigation into the matter.

Family members of the Staff Nurse said Mousumi got ready for work last night. But suddenly she fell ill and was admitted to the hospital.

Meanwhile, a hospital employee said Mousumi was fit and fine. Had Mousumi been unwell, she would have applied for a leave or informed the higher-ups, the employee added.