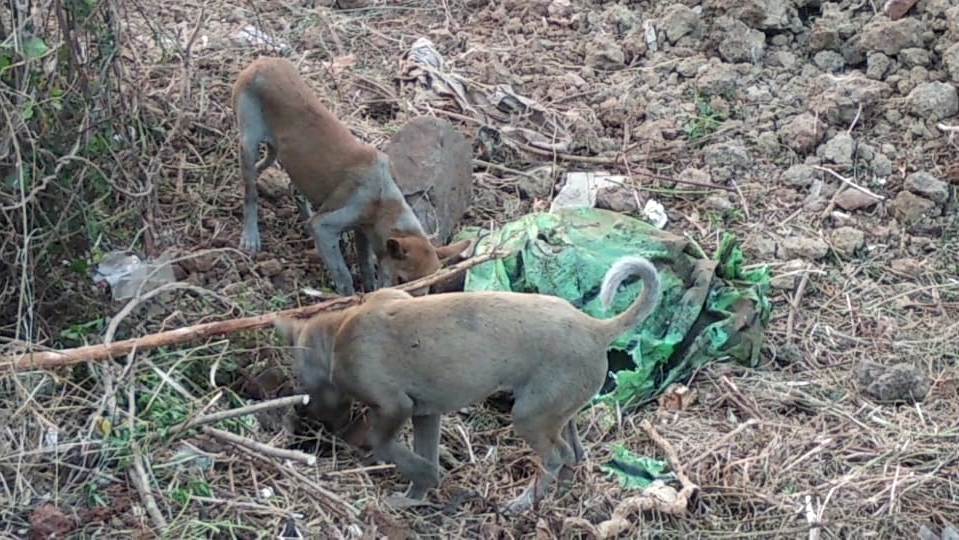 Bhadrak: A gruesome incident was witnessed in Bhadrak as stray dogs gnawed away at body abandoned near new bus stand area beside National Highway (NH-16).

Passersby witnessed two dogs nibbling the body near the bus stand, which was found to be stashed in a sack.

The police reached the spot and further probe revealed that it was the body of a minor boy.

The identity of the deceased is yet to be ascertained and the police are investigating under what circumstances the badly mutilated corpse was dumped along the national highway.

The vehicular traffic was disrupted briefly as locals, commuters stopped by to have a look at it.