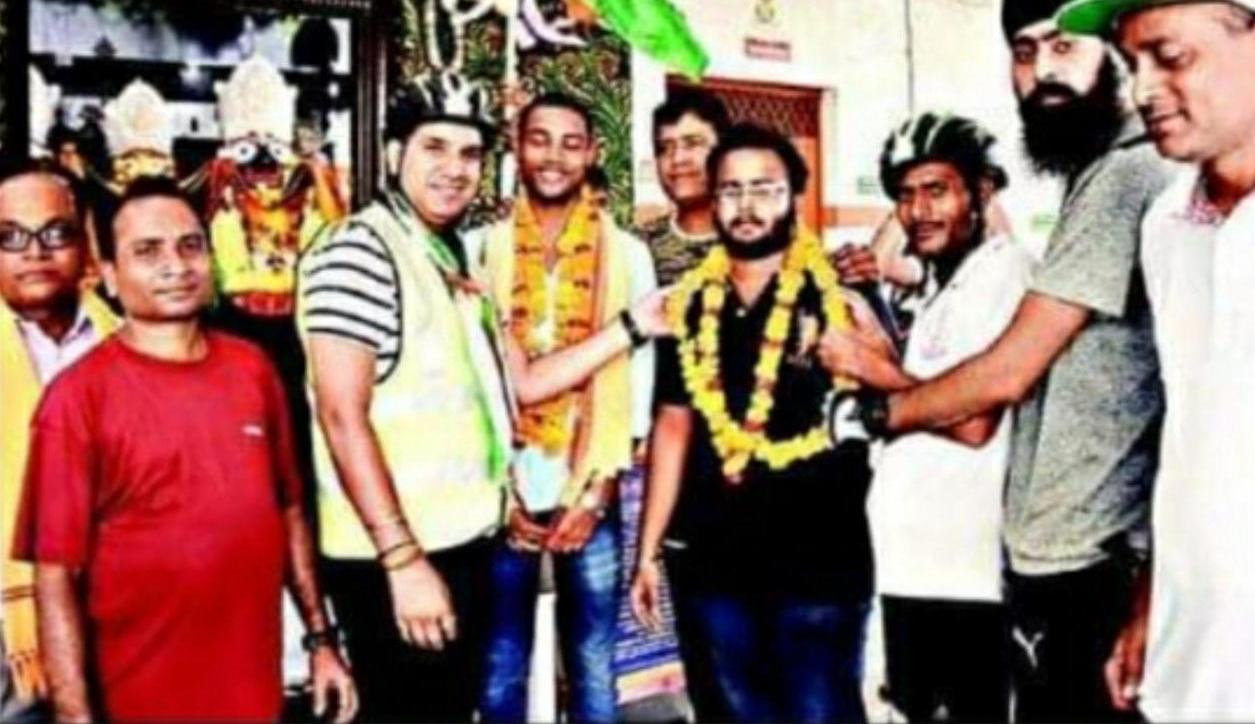 Bhubaneswar: With an aim of highlighting issues of farmers in Odisha, two students of Kendrapara district have covered more than 1600 km on bicycles to meet President Ram Nath Kovind and Prime Minister Narendra Modi in New Delhi.

Krishnakant Sarangi, an engineering student, and Subhrajit Barik, a zoology student, have reached the national capital on bicycles and expressed wish to meet the President and Prime Minister over Mahanadi river water dispute.

They want to highlight the plight of Odisha farmers who are suffering due to the construction of barrages on the river in Chhattisgarh. The construction is affecting the inflow of river water in Odisha, thereby affecting many farmers.

Kendrapara MP Anubhav Mohanty has requested the President and Prime Minister to meet the two students.

“I request the President and PM to spare some time and meet this young duo from Odisha as they have come with lots of hope and some interesting suggestions on resolving the issue,” the MP said.

Over 65 kg ganja seized in Odisha; woman among 3 held