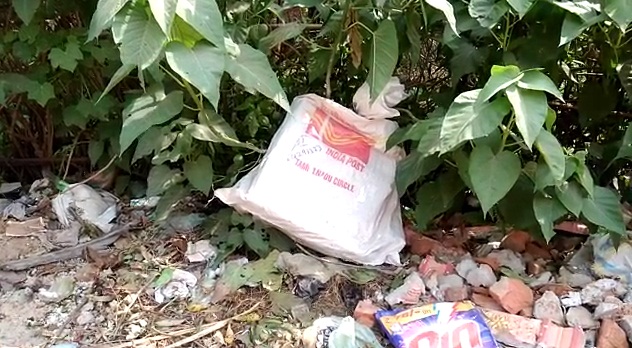 Keonjhar: Panic gripped staff of Ghasipura post office in Odisha’s Keonjhar district today after smoke emitted from a parcel with the officials suspecting it to be a bomb.

According to reports, some officials this morning spotted smoke coming out of a parcel originating from Delhi and addressed to Deogaon in the district.

“Apprehending danger, we isolated the parcel near a bush. As instructed by our higher authorities, we informed Ghasipura police about the incident. Later, fire personnel reached the spot to take stock of the situation,” an official of the post office said.

After being unwrapped, five half-burnt solar lights were found inside the parcel. The smoke emitted from the parcel reportedly due to short circuit.