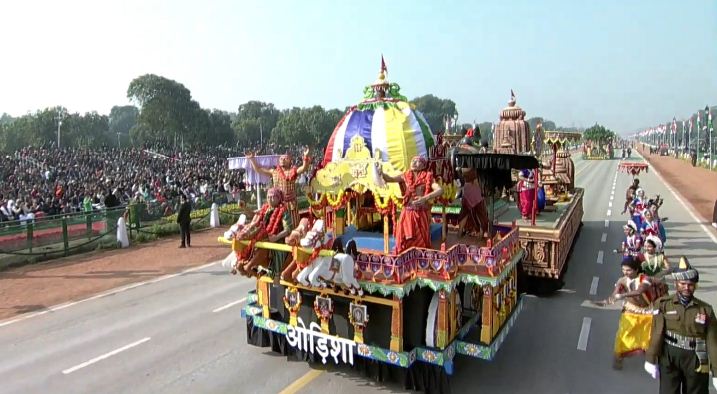 New Delhi: Odisha’s tableau at the Republic Day parade at Rajpath here has been adjudged as the second best, official sources said.

Odisha had showcased its rich cultural heritage during the Republic Day parade as the state’s tableau featuring miniature of Rukuna Rath of Lord Lingaraj and Lingaraj Temple in Bhubaneswar mesmerized the dignitaries and spectators.

While the front portion of the tableau was a replica of Rukuna Rath, the rear part displayed a miniature model of Lingaraj Temple. Noted sculptor Gajendra Sahu had designed the tableau.