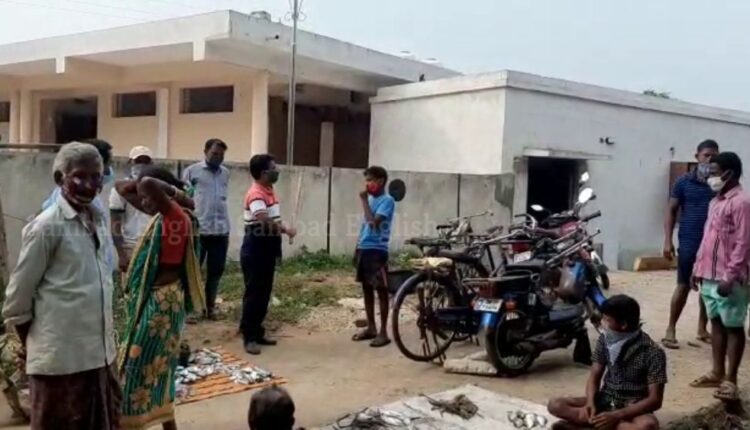 Hinjili: At a time when the government is leaving no stone unturned to create awareness among people on mask wearing and social distancing to jointly fight against the deadly Covid-19, a Tahsildar forced an elderly fish seller to do sit-ups as punishment for not wearing mask in Hinjili area of Odisha’s Ganjam district today.

Hinjili Tahsildar In-Charge Janmejaya Sahu along with Executive Officer of Hinjili Municipality Manoranjan Sahu was going towards the local fish market on a motorcycle. In the meantime, a fish seller’s cycle front wheel touched the Tahsildar’s vehicle.

The annoyed Tahsildar In-Charge got down from his vehicle and asked the elderly fish seller to do sit-ups for not wearing a mask. A video of the bureaucrat holding a stick and punishing the fish seller went viral on social media raising concern among locals.

“I did not know they were officials. When my cycle unknowingly touched their vehicle, the officer beat me up once with a stick and forced me to do sit-ups for seven times,” said Lingaraj Behera, the fish seller.

A local said the bureaucrat’s actions of punishing the elderly fish seller raised serious doubts on the people-oriented governance policy of the State government.