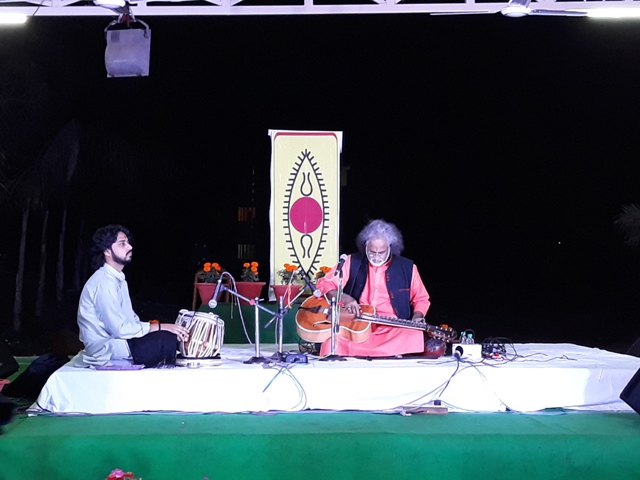 This Hindustani classical music instrumentalist from Rajasthan said the period film should be made tax free in his state. “I remember saying it and I really think If Assam or Odisha were shown with such grandeur, they would have made it tax free,” said the Padma Bhushan awardee, who cast a spell with his Mohan Veena (slide guitar) during two events hosted in Odisha capital.

Having been here multiple times, he is amused by the beauty of this coastal Indian state. “The scenery, the weather, the decorations and especially the people here are amazing. I am in love with this state,” he expressed.

He feels people in Odisha are musically inclined. “When I was here last year, I performed the entire night and the audience was so patient with me,” he said.

The creator of Mohan Veena said he is glad to see how the state has held on to its roots and is promoting its art and culture.”When I am at airports, often in Delhi, there are these advertisements of Odisha Tourism. The way the state, its serenity and beauty are being put to the world is an example for my own state. I’m pretty sure if a movie related to Odisha’s history or art was made here, the entire state would have promoted it,” he added.

Facebook may soon tell if you are rich or poor

40 more lose vision in one eye post-cataract surgery in…

World AIDS Day: Journey of two women against all odds to…