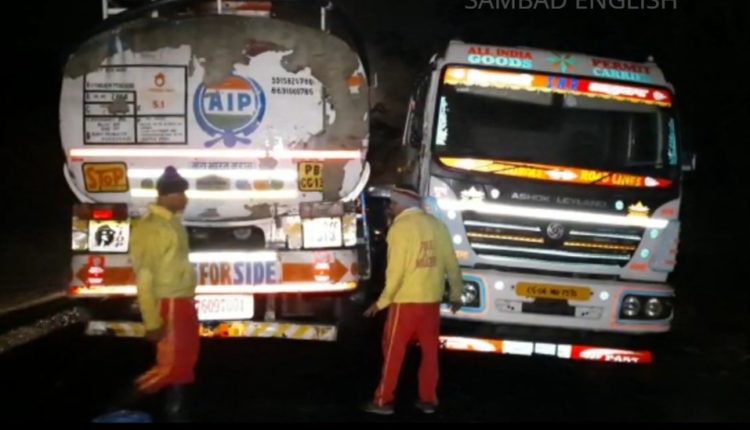 Rayagada: Drivers of a chemical-laden tanker and a truck had a narrow escape as the tanker caught fire after collision between the two vehicles near Majhighariani bridge in Odisha’s Rayagada district, late last night.

According to reports, a tanker carrying hydrogen peroxide from Mumbai and an iron ore-laden truck collided head-on near the bridge, following which the tanker caught fire. Fortunately, drivers of the two vehicles managed to escape unhurt.

On being informed, Fire personnel reached the spot and doused the flames.