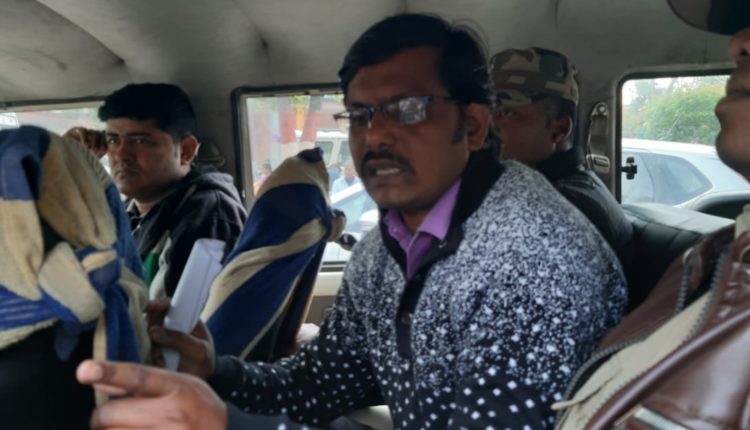 Rourkela: The Bondamunda police here today arrested a schoolteacher for allegedly raping a young woman several times on the pretext of waiving off her brother’s school fees.

The cops had detained accused Bibhuti Gupta yesterday following a complaint lodged by victim, the elder sister of a student of a private school in Bondamunda owned by the accused. He was also the Principal of the same school.

As per the complaint, the young woman had requested the schoolteacher to give her some more time to pay her brother’s pending school fees of six months. Later, the teacher outraged her modesty assuring her to waive off the school fees and also get her a job. He raped her several times in the past six months. When the accused started threatening her of dire consequences, the woman sought intervention of Rourkela SP K Siva Subramani. Based on the complaint, the Bondamunda police detained Bibhuti for questioning yesterday. Besides, the woman was sent for a medical examination.

Sources said the accused owns another school located in Bisra area and is an active member of a political party.