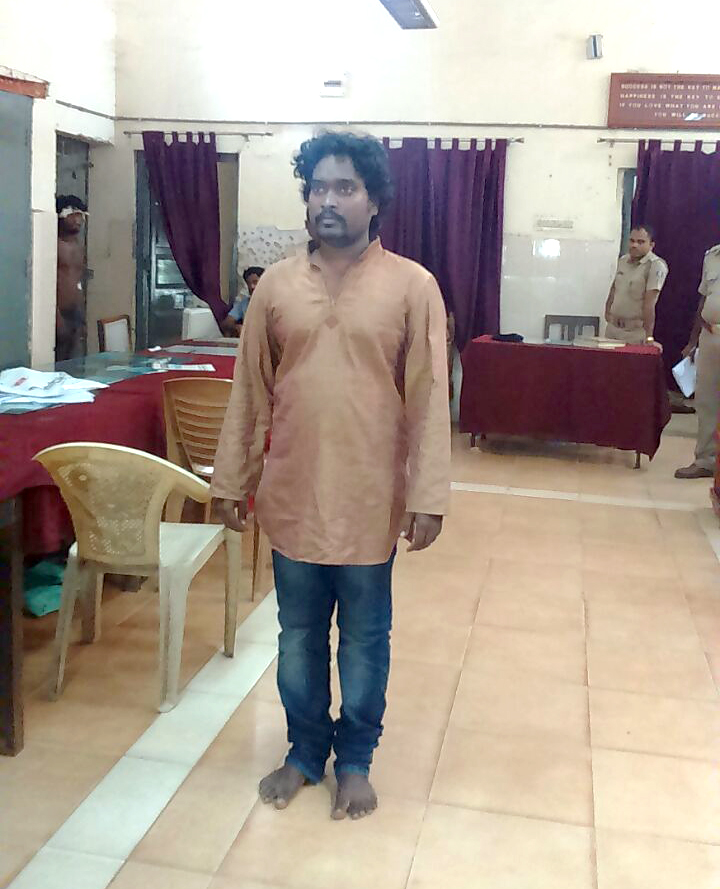 Twin City Commissionerate police today arrested a telly serial artist from Jarapada in Dhenkanal district on charges of kidnapping and raping a student of a premier government-run women’s college of Odisha capital.

The telly serial artist identified as Anil Kumar Nayak was sent to jail after his bail plea was rejected by a local court here.

Anil, who is a native of Jarapada in Angul district used to reside in a rented accommodation in Acharya Vihar area here, had allegedly developed a relationship with the victim through popular social media website-Facebook. Later, they had fallen in love.

A few days back, the victim who had come to college to attend classes did not return home. The victim’s father had reported the matter at Sahid Nagar police station on Sunday following which the police launched a massive manhunt to rescue the girl.

“Anil had developed a relationship with the girl student six-seven months back. Later both had fallen in love. Anil had kidnapped the girl on Friday with a promise to marry her. The victim’s father, a resident of Sriramnagar had reported the matter at the police station after frantically searching her at houses of their relatives,” said Kishore Mund, IIC Sahid Nagar police station.

The victim being a student of Plus II first year class and aged about 15 and a half years police had registered a case of kidnapping.

Police on tracking Anil’s mobile phone had traced the victim to be staying in Jarapada area of Angul district. Police on raiding Anil’s Jarapada residence rescued the victim and arrested him.

Later the victim was brought to Bhubaneswar and medically examined at the Capital Hospital. The medical examination report has revealed that the victim was raped by Anil.

“Since Anil had maintained physical relationship with the victim without marrying her, he has been charged with rape,” said Mund.

Police have also got Anil medically examined at the Capital Hospital.

The police officer has said that Anil had been residing in Acharya Vihar locality in rented accommodation since 2012.

Sources said Anil apart from writing stories, lyrics and poems has acted in popular Odia telly serials  ‘Bhagavad Gita’, ‘To Angana Ra Tulasi Mu’ and ‘Badhu’. This apart a few films in which he has acted are awaiting release.

Overseas Pakistanis to protest outside UNGA during Sushma Swaraj’s speech