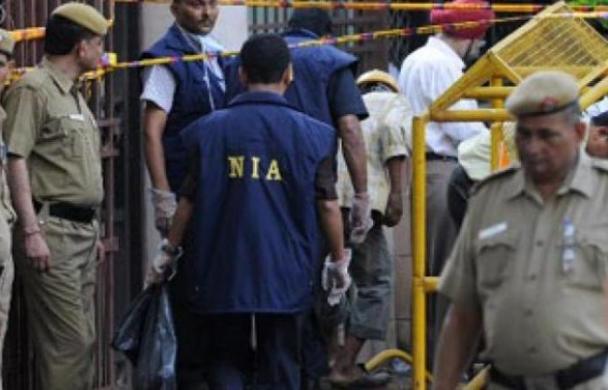 Bhubaneswar: With the recent arrest of Habibur Rahaman, a native of Kendrapara district in Odisha, by the National Investigation Agency (NIA) over suspected terror link, the number of suspects nabbed from the State mounted to seven in the past four years since 2015.

If the past reports will be taken into account, the places like Jagatpur, Salipur, Kishan Nagar in Cuttack district and few areas of Kendrapara district are the safe haven for the terrorists.

The arrest of suspected Al-Qaida operative Abdur Rahaman from Jagatpur in Cuttack district in December 2015 was the first report that had pressed panic button for Odisha’s link in terrorism.

Later, Five SIMI operatives including a woman residing at a rented house were arrested by from Rourkela late on February 16 night in 2016. The suspects allegedly involved in around 17 bomb blasts in the States including Madhya Pradesh, Andhra Pradesh, Tamil Nadu, Maharashtra and Uttar Pradesh, had escaped from Khandwa Jail in Madhya Pradesh.

Almost a year later on November 29, 2017, Akhtar Hussain Khan, a resident of Samantrapur village of Kishan Nagar in Cuttack district, was interrogated by the NIA for his suspected link with a terror outfit.

Following the arrest of Habibur Rahaman alias Habib on Monday on charges of being a Lashkar-e-Taiba, Odisha Crime Branch STF (Special Task Force) team will visit New Delhi for interrogation to probe his links in Odisha.

According to reports, Habib had migrated to Riyadh in Saudi Arabia nearly about 15 years ago. He was one of the handlers of LeT terrorist Shaikh Abdul Naeem alias Nomi, who was arrested in 2007 while trying to infiltrate two Pakistani and one Kashmiri terrorist into India through Bangladesh.

However, Naeem later on escaped from custody while he was being taken for producing him in a court in Maharashtra from Kolkata in August 2014. He reportedly joined terror operations on the directions of his handlers based in Pakistan and in Saudi Arabia.

Reports said that Habib arranged hideouts and funds for Naeem for carrying out terrorist activities in India on the instructions of the LeT operative Amjad alias Rehan, based in Pakistan.

The NIA arrested Naeem in November 2017 and chargesheeted him along with ten others including Habib.

Sources said the NIA has arrested Habib based on Intelligence input.

Meanwhile, Habib’s father said that his son had no contact with family since he moved to Saudi Arabia.