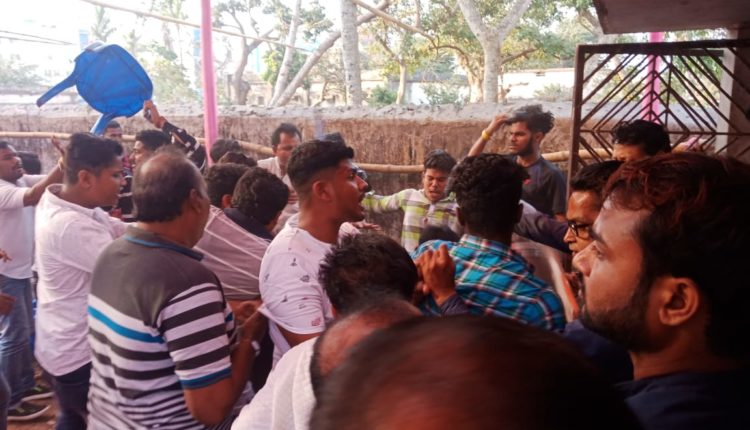 Puri: Tension ran high on the premises of the Puri Congress Bhawan today afternoon when two groups clashed injuring three Congress activists. The injured, Swapnajit Ray, Alok Das and Ashutosh Mishra were admitted to the Puri Sadar hospital. Of the injured, condition of Ashutosh is stated to be critical.

As per reports, when the Congress Odisha In-charge and PCC Chief were entering the party office premises to attend a review meeting, some miscreants attacked Congress activists with sharp weapon and iron rods.

Based on a complaint lodged at Kumbharapada police station, police have initiated a probe and detained one person for questioning.